Dow Inc. (NYSE:DOW) is down more than 8% over the past three months. That isn't likely to last because the company's improving financials and steady dividend, coupled with its declining share price, make it appear to be a good value play.

One of the reasons I like Dow is that it's a huge company with $39 billion last year in sales, 35,700 employees, facilities in 160 countries and three segments: packaging and specialty plastics, industrial intermediates and infrastructure, and performance materials and coatings. That geographic spread and the scope of its products gives it a built-in diversification that helps it survive economic slowdowns.

There are plenty of other reasons I think the stock is likely to go up, best explained with three charts. 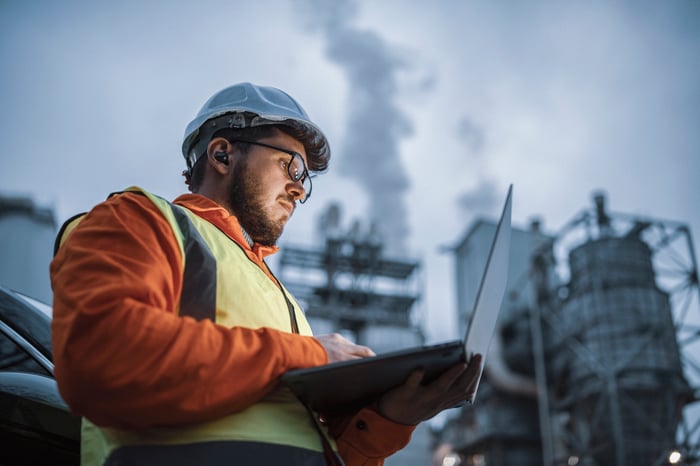 Its fiscal responsibility is paying off

The company has done a solid job of paying down debt, which had been weighing down the stock's price. It cut its debt by $1.1 billion last quarter, and over the past year, it has trimmed long-term debt from $16.5 billion to a little more than $14 billion, it said in its third-quarter report.

Debt reduction is part of the company's recent three-year trend of tightening its belt, as you can see from the chart below. Over the past three years, it has trimmed debt and lowered its debt-to-equity ratio and its cash dividend payout ratio. 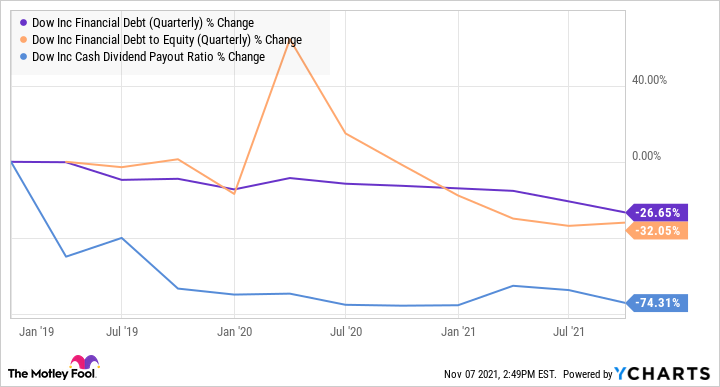 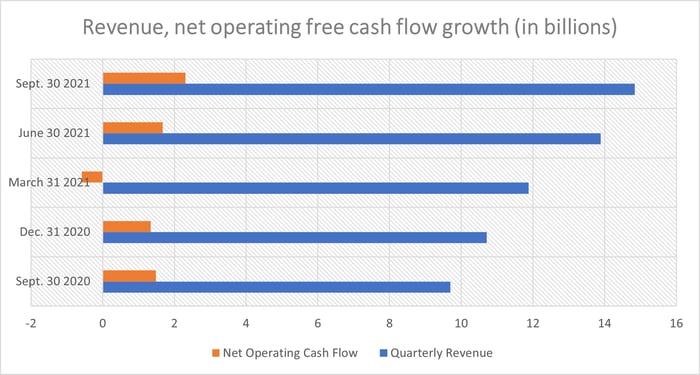 Dow stock appears to be a better deal than its competitors

When you compare Dow to other large-cap diversified chemical companies PPG Industries, DuPont de Nemours, and LyondellBasell Industries, Dow stock has either the lowest or the next-to-lowest forward-price-to-earnings ratio and enterprise-value-to-EBITDA ratio, and it tops the other three stocks in expected earnings-per-share growth this fiscal year. 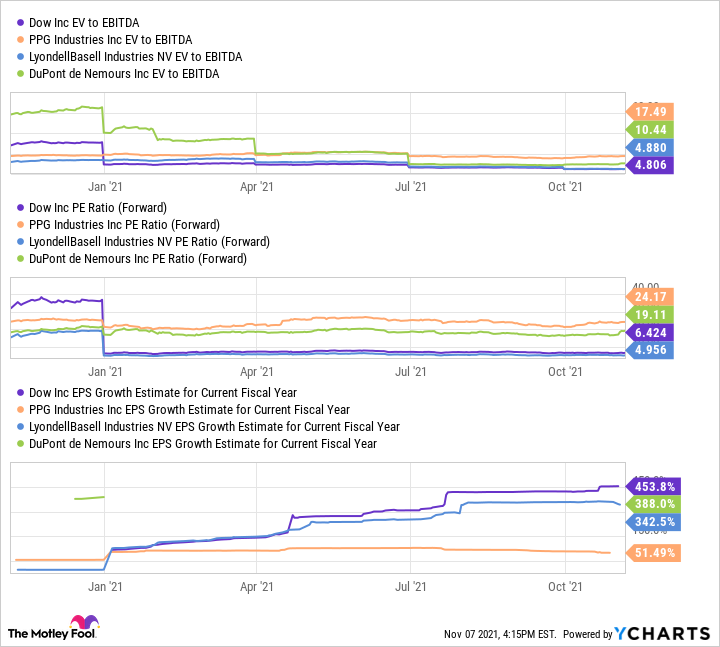 "We continue to see robust end-market demand that is expected to extend into 2022, coupled with near-term logistics constraints and low inventory levels," CEO Jim Fitterling said during the company's investor day in October.

With Congress having passed a $1 trillion infrastructure bill last week, Dow is well positioned to benefit from that spending, as its thousands of products are crucial to any industry tied to additional infrastructure.

It makes sense to use a momentary downturn to get in on this otherwise steady stock that appears to be on the upswing.