Do you ever get the feeling the stock market isn't reading the same news that you are? Compass Pathways (NASDAQ:CMPS) shareholders know that feeling. The clinical-stage drugmaker recently told investors its psilocybin-based treatment hit high marks in a closely watched depression study. Yet instead of the stock rising as you might expect, it fell hard.

Was this just a case of investors selling the news, or is there something else rubbing Wall Street the wrong way about Compass Pathways? And is this latest dip a warning, or an opportunity to buy a top psychedelic stock at a discount? 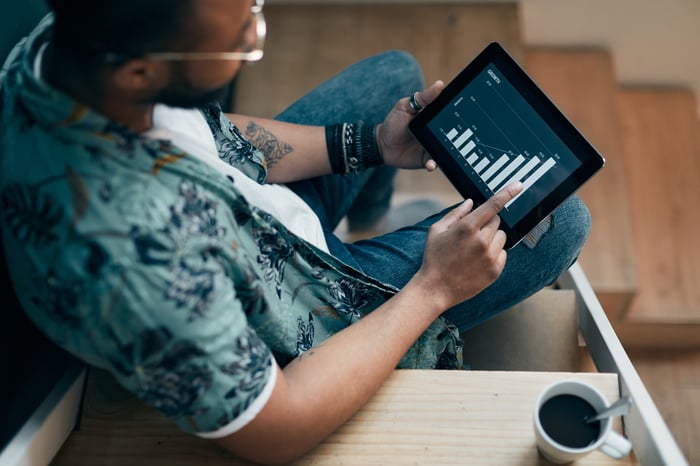 On Tuesday, Compass Pathways made public the news that its lead candidate, COMP360 -- a purified version of the primary active ingredient in magic mushrooms -- had succeeded in a groundbreaking phase 2 clinical trial.

During the study, 233 patients with treatment-resistant depression were randomized to receive 25 milligrams, 10 milligrams, or 1 milligram of COMP360 psilocybin just once. The ineffective 1 mg dose was used instead of a standard placebo to fool participants and avoid a "nocebo" effect.

Patients didn't just go and pick up purified psilocybin capsules at a pharmacy. The treatments were administered with psychological support from therapists trained to deal with people experiencing the effects of a psychedelic drug for the first time.

Even if its treatment is eventually approved, Compass Pathways' intellectual property rights aren't going to stop nature from producing heaps of psilocybin. Shareholders of GW Pharmaceuticals learned about a similar market exclusivity issue the hard way in 2018 when it launched a purified cannabidiol (CBD) tincture for patients with severe epilepsy.

Compared to psilocybin, CBD is as innocuous as cotton balls. Plus, treatment with Epidiolex doesn't require concurrent therapy with a specially trained therapist. In other words, even if regulators give it the green light, COMP360 could be an extremely challenging drug to sell. Those challenges ahead aren't insurmountable, but investors don't want to dismiss them outright.

Luckily, Compass Pathways stock doesn't have a rousing success for COMP360 already baked into its price. The company's market cap of $1.4 billion at the moment isn't terribly high for a clinical-stage drugmaker heading for phase 3 trials with compelling phase 2 data.

The Centers for Disease Control and Prevention estimates 1 in 6 American adults experiences depression at some point in their life. Around a third of the time, available treatments don't get the job done in terms of relieving it.

The company plans to start a phase 3 trial of COMP360 in 2022, and could have an application package ready for the FDA by the end of next year. If the millions of Americans suffering from depression who aren't being helped by the currently available options eventually get a chance to try COMP360, I believe many will be willing to give it a shot. That outcome is so uncertain, though, that it won't be hard to find better stocks to buy right now.