If you're on the fence about listing your home for sale during this holiday season, don't be. It's a strong seller's market.

The holiday season is typically not peak listing time for real estate. But the current situation, namely a super-low supply of homes coupled with great demand, is not typical. Usually, there are fewer buyers than, say, in May or June, meaning that homes tend to take longer to sell during the holidays. So sellers often wait to list until spring. But this year is one like no other.

1. A low supply of homes

Usually there are fewer homes for sale during the winter months anyway, but in our current market, inventory is already at historic lows. So homeowners who want or need to sell during the 2021 holiday season probably won't have too much competition, which puts them in the driver's seat.

Although there are also typically fewer buyers during the holidays, it's still very much a seller's market right now. And of the buyers who are looking during the holiday season, many are serious about making an offer and not just looking, particularly those who've been trying to purchase for months and have lost out in the bidding wars that often break out when new properties come on the market. 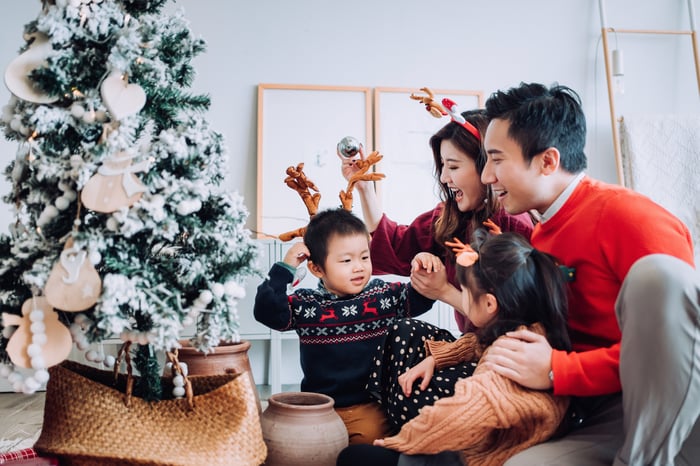 Curb appeal, particularly how the home looks on the listing, is more important than ever. Almost everyone these days first shops online. Even back in 2018, Statista reported that 93% of buyers used online websites when searching for a home.

During the holidays, many homes and neighborhoods look especially pretty, with holiday lights, wreaths, and yard displays. This means the holidays can impart an inviting, homey feel to a listing and the surrounding neighborhood. For your own listing, however, the less-is-more concept applies -- this isn't the time for excessive seasonal decorations.

Note that after the holidays, when it looks dreary outside (at least in many parts of the country), it can be a more challenging time to have listing photos look inviting. Try to pick a sunny day to have the house photographed.

4. Interest rates are expected to rise

Historically low interest rates are one factor that's been fueling the increase in buyer demand for homes. Low interest rates equal lower monthly mortgage payments, which opens the market to more people. Earlier this year, the Mortgage Bankers Association (MBA) reported that when interest rates barely rose, from 2.96% to 2.98%, mortgage applications fell 5.1%. This shows that even the slightest fluctuation in interest rates can make a significant difference in buyer behavior.

The MBA also reported that for 2022, mortgage rates could rise to 4%, which would be an increase of about a full percentage point. Such a rise will certainly cool refinances. As far as buyer demand, that's still expected to be strong, since rates will still be low, just not as low as this year.

Go ahead and sell now

Today's situation is unlike years past, when the advice would normally have been to wait until spring to sell, if possible. If you're on the fence about listing during this holiday season or waiting for spring 2022, there's really no reason not to list now. Either way, it should remain a seller's market for at least another year.

Why Shares of Redfin, Zillow, and Anywhere Real Estate Are Surging This Week
413%