The Tesla CEO loves cryptocurrencies. But he only owns these three.

When Elon Musk tweets, cryptocurrency investors pay attention. The Tesla (TSLA 0.91%) and SpaceX CEO has long been a vocal proponent of cryptocurrencies.

Sometimes, though, cryptocurrency investors might pay too much attention to Musk. As a case in point, when Musk tweets pictures of his Shiba Inu puppy, the price of digital coin Shiba Inu (SHIB 13.61%) tends to rise. Does a photo of a billionaire's dog really make the cryptocurrency more valuable? Of course not.

Here are the only cryptocurrencies Mush actually owns -- and Shiba Inu isn't one of them. 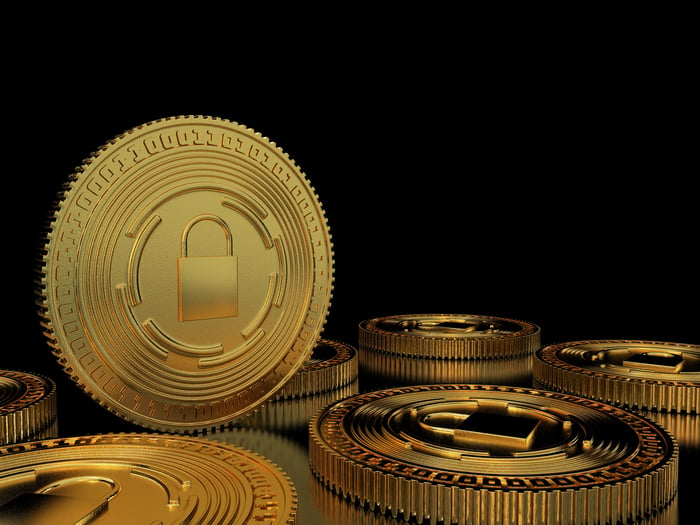 Back in 2017, rumors circulated that Musk was actually the real person behind Satoshi Nakamoto, the mysterious creator of Bitcoin (BTC -1.01%). Musk denied those rumors. However, he's certainly been a big fan of Bitcoin for quite a while.

The billionaire said in an ARK Invest podcast in early 2019, "Paper money is going away. Crypto is a far better way to transfer value than pieces of paper, that's for sure." He especially lauded Bitcoin, stating that the technology behind it is "quite brilliant."

For a long time, Musk had only a small position in Bitcoin. As recently as early 2019, he said that he owned just 0.25 Bitcoins that were given to him by a friend. However, he confirmed over the summer that Bitcoin is his largest cryptocurrency holding and plans to hold it for the long term.

Musk has practically become the public face of Dogecoin (DOGE 1.63%). His ties to the cryptocurrency date back at least three years. In 2018, Musk reached out to Dogecoin creator Jackson Palmer for help removing scam bots from his Twitter account.

The following year, Musk revealed in a tweet, "Dogecoin might be my favorite cryptocurrency. It's pretty cool." He even won the vote in an April Fool's Day poll taken by Dogecoin's official Twitter account asking which CEO would hypothetically be the best CEO for the digital coin. Musk would later temporarily change his Twitter profile to read "former CEO of Dogecoin."

By 2020, Musk began tweeting every now and then about Dogecoin. Each tweet caused the price of the digital coin to jump. The biggest publicity, though, came in May of this year when the Tesla leader hosted Saturday Night Live. Musk publicly proclaimed himself "the Dogefather" on the show. However, Dogecoin plunged when in one of the SNL segments he said that the cryptocurrency was "a hustle."

Still, Musk confirmed over the summer that he personally owns Dogecoin. He said that he supports it because it feels "like the people's crypto."

Musk's first public connection with Ethereum (ETH 0.71%) wasn't a positive one. The scam for which he requested help from Dogecoin's creator related to Twitter users who posed as well-known people supposedly giving away large amounts of Ether tokens.

His one-word tweet in April 2019 stating only "Ethereum" stoked interest in the cryptocurrency. It also prompted an online exchange between Musk and Ethereum co-founder Vitalik Buterin.

The following year, though, Musk seemed to be on the fence about Ethereum. He responded to a tweet from actor William Shatner, stating, "I'm not building anything on ethereum. Not for or against it, just don't use it or own any."

Musk now seems to have hopped off that fence. Earlier this year, he disclosed that he owns Ethereum tokens along with Bitcoin and Dogecoin. Will the eccentric billionaire next scoop up the high-flying cryptocurrency named after him -- Elonomics? Stay tuned.