Shares of tech giant Meta Platforms (NASDAQ:FB), the company formerly known as Facebook, have been volatile recently, dropping by 3.8% in the past three months -- the S&P 500 is up by 4.7% in the same period. But, what's behind this poor performance? First, Frances Haugen, a former employee of Meta, came out with some damaging information about the company. She alleges that Meta knows about the harmful impact Instagram (which it owns) has on teenagers, and teenage girls in particular, but chooses profits over the health of this vulnerable population, among other things.

This scandal presents a risk for Meta, but there's another issue weighing on the company. Apple made significant changes to its mobile operating system and put privacy and security at the forefront of its updates. The result? Users are opting out of tracking services, which could affect Meta's advertising revenue. These two challenges could continue to haunt Meta for a while, but I am not too worried as a shareholder, despite all the noise. Here's why I am not letting go of my Meta shares. 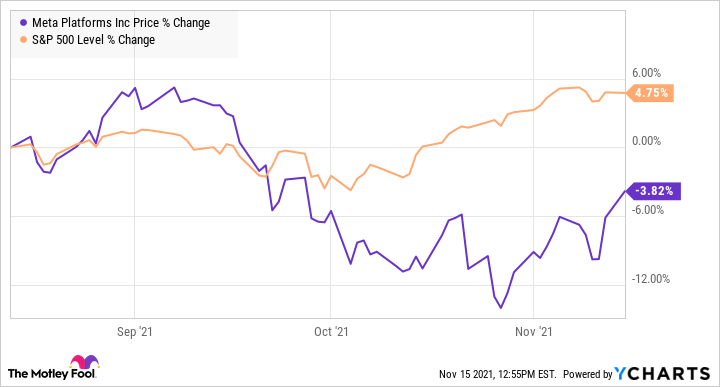 Meta isn't new to scandals, as the company has faced -- and survived -- several before. Most notably, the Silicon Valley giant had to deal with a data breach scandal that blew up back in 2018. A basic rundown of the story: Cambridge Analytica, a U.K.-based political consulting and data analysis firm, obtained private information from 50 million users on Facebook. The information was used to help former U.S. President Donald Trump in the course of the 2016 U.S. presidential election.

That's not a good look, and it did not escape public scrutiny or the attention of lawmakers for that matter. In 2019, the U.S. Federal Trade Commission (FTC) fined Meta (then Facebook) $5 billion for the ordeal. This was the largest fine ever imposed by the agency on any company for violating privacy rights. And while that's not an insignificant amount, Meta generated $69.7 billion in revenue and $18.5 billion in net income in 2019. In the third quarter ending Sept. 30, 2018, Facebook had 1.5 billion daily active users (DAUs) and 2.3 billion monthly active users (MAUs). 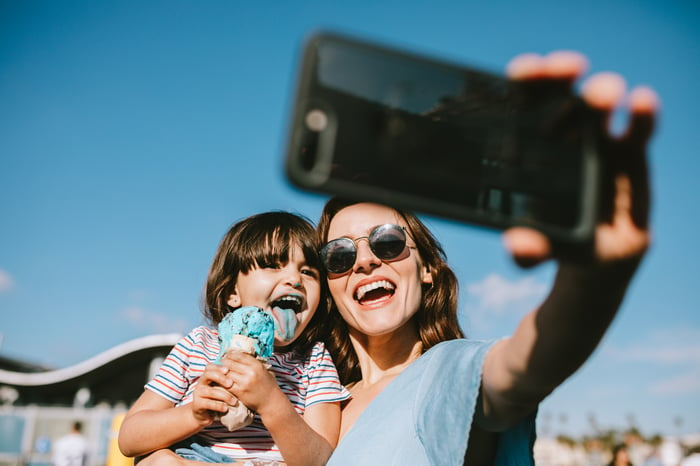 During its most recent quarter, the third quarter ending Sept. 30, it reported 1.9 billion DAUs and 2.9 billion MAUs. Also, Meta Platforms boasted 3.6 billion MAUs -- a 12% year-over-year growth -- across the range of its websites and apps, including Facebook, WhatsApp, Instagram, and Messenger. Although that may not seem like a significant rise in three years, with well over 1 billion users, it's not surprising that user growth has slowed compared to its early days.

In short, the scandal only had a modest impact on Meta's financial performance or its subscriber count. Of course, that doesn't mean its current struggles will fade into utter insignificance, but as long as its users do not abandon its platforms, the company has a means of delivering solid financial results. And given that Meta arguably benefits from the high-switching costs, it is doubtful that #deletefacebook will gain meaningful traction on Twitter.

Paths to growth beyond advertisement

Apple's IOS changes are already impacting Facebook's top line, but the company has other opportunities. These include e-commerce and the tech giant's Reality Labs. In e-commerce, Meta will increasingly open its apps to businesses looking to set up shop and reach its large network of users. Meta's Facebook Shops already allows companies to set up storefronts on Facebook and Instagram.

While it's free to set up a storefront, the company charges commission fees for every transaction. The e-commerce industry is projected to grow rapidly in the coming years, and given Meta's large ecosystem, the tech giant is likely to attract a large number of businesses to its websites and apps. Meta's Reality Labs is the home of its Virtual Reality (VR) and Augmented Reality (AR) research and ambitions.

Thanks to its VR technology company Oculus, Meta is arguably one of the leading companies in this industry, which is also ripe for growth. These opportunities will take a while to fully take form -- but in the long run, they will help Meta move beyond the recent IOS changes.

With a market cap of $968 billion, Meta is one of the largest companies in the world. But even at its size -- and despite recent challenges -- there is plenty of growth potential. It will likely survive the recent whistleblower scandal, and it is pursuing lucrative opportunities. There's a lot of smoke on Meta's ship right now, but not nearly as much fire, and that's why I think investors should stay the course.