Ocugen (NASDAQ:OCGN) has kept investors on the edge of their seats. Earlier in the year, a deal to co-commercialize Bharat Biotech's coronavirus vaccine in the U.S. equaled a 763% gain in the share price in a matter of weeks. Since that peak, the stock has retreated 47%. That's because the vaccine candidate -- Covaxin -- hasn't yet made it to the U.S. market.

Right now, you might be wondering whether the Ocugen story is over -- or whether now is the time to buy shares of this biotech stock. After all, if and when regulators give the nod to Covaxin, Ocugen shares may climb. Let's take a look at three things smart investors know about Ocugen before deciding. 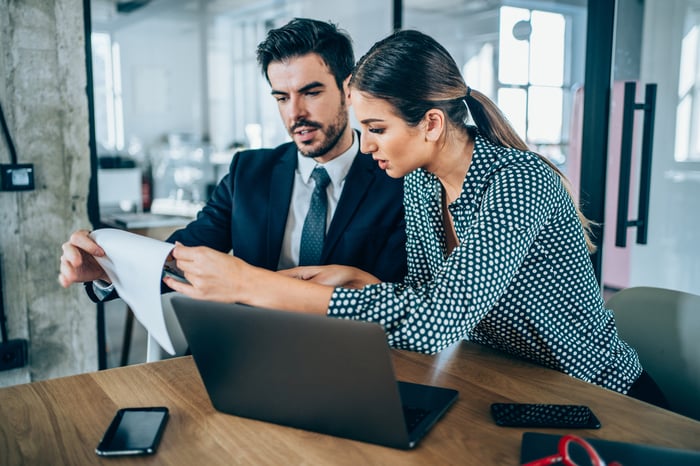 The World Health Organization (WHO) recently offered Covaxin Emergency Use Listing. This is positive for vaccine developer Bharat as it may accelerate the distribution of the vaccine in areas where it's already been authorized or about to be authorized.

But it doesn't help Ocugen along its regulatory path in the U.S. and Canada. Ocugen holds co-commercialization rights in those countries only. And it's clear that regulators in Canada and the U.S. won't speed up or change their process due to the WHO listing. Only decisions by Canadian and U.S. regulators will lead to revenue for Ocugen. In early August, Ocugen said it completed its submission to Canada and regulators had started the review process.

In the U.S., Ocugen has filed an application with regulators to launch a new clinical trial. The study would support potential approval of Covaxin. This trial may be quicker than a standard trial. That's because it will compare the immune response of participants to that of participants in Bharat's completed phase 3 trial in India.

Still, the U.S. Food and Drug Administration is set to consider Covaxin through the standard approval process -- not through the emergency use process. And that means once the trial is complete, review time could take six to 10 months.

So regulatory decisions, and therefore revenue, remain far off.

2. Canada represents a smaller opportunity than the U.S.

Ocugen may be a step closer to commercialization in Canada than it is in the U.S. As mentioned above, Canadian regulators already are studying the Covaxin application. Of course, an authorization or approval in Canada would be excellent news. Ocugen doesn't yet have any commercialized products. So, this would be a first.

Still, it's important to keep our feet firmly planted on the ground. The Canadian market probably represents a smaller opportunity for Ocugen than the U.S. market. First, we're talking about a population of 38 million versus 333 million.

And it's key to look at Canada's vaccine orders so far. The country has ordered doses from about eight companies. The bright news here is that Canada clearly is open to ordering from many players. So Ocugen may have a shot at winning an order. But here's the negative: The market is small to begin with -- and it's split up among many players. I'm not convinced Ocugen can carve out a significant share. And that means the Canadian revenue opportunity for Ocugen may be limited.

3. Even a regulatory nod may not equal major revenue

And that leads me to the third point smart investors know. Even if Canada and then eventually the U.S. authorize or approve Covaxin, major revenue may not be on the horizon. The countries have already purchased millions of doses from more advanced rivals. By the time Ocugen arrives, there may not be immediate need for more doses.

OK, but what about further down the road? The long term may prove to be a challenge too. First, if the countries are satisfied with vaccines they've ordered so far, they may continue with the same -- especially since some of the more advanced vaccine developers are already working on updated vaccines or boosters. For instance, Moderna has three strain-specific booster candidates in phase 2 clinical trials. If one of these reaches the market, a country may opt for it over the older Covaxin.

Of course, eventually government contracts won't be a controlling factor in the coronavirus vaccine market. At a certain point post-pandemic, vaccine makers will sell doses to pharmacies. This may open the door to more sales for Ocugen.

What about Ocugen shares?

I expect any eventual authorization or approval will boost the shares. But for lasting gains, Ocugen will have to show it can carve out market share and generate enough revenue to make its venture into vaccine development worthwhile. By that, I mean profit would have to be enough to help advance Ocugen's core pipeline of gene-therapy candidates for eye disease.

The three points above show that the revenue picture for Ocugen remains uncertain. And that's why, right now, it's best to watch this biotech stock from afar.