Shares of fuboTV (NYSE:FUBO) and Latch (NASDAQ:LTCH) are among the higher volatility stocks in the market, but that does not mean they are not worth investing in. Even though both stocks are over 40% off their all-time highs, they still carry tremendous promise.

These companies easily have 10x potential if the companies can execute and effectively grow their business, but that is easier said than done. So which one is a better buy today? 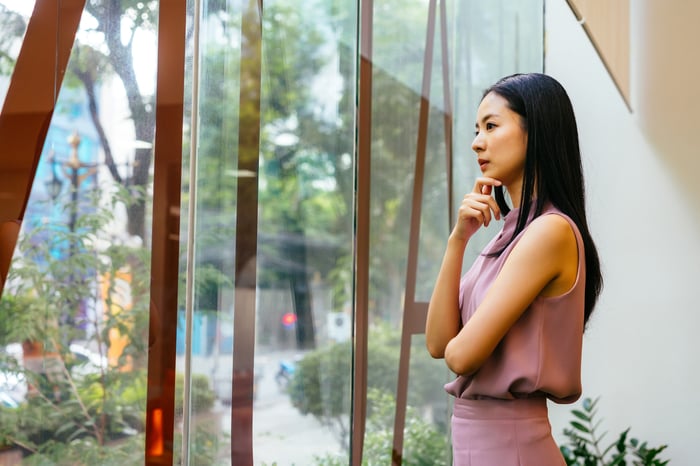 With two co-founders leading the way, fuboTV's trying to become the next generation of live TV. As we start to cut the cord, we lose one valuable television asset: live sports and news. fuboTV has embraced this, offering its subscribers live streaming of 10 sports categories, news, and more. This is a segment of entertainment that has been almost exclusively forgotten by streaming services like Disney+ and Netflix.

fuboTV has gone one step farther by offering Fubo Sportsbook, which was just launched in Q3. It allows subscribers to bet on sports in real-time, seamlessly increasing customer activity in its platforms. Although Sportsbook is currently only operational in Iowa, fubo does have sports betting licenses in four other states with New Jersey being one of those included. The online sports betting market in North America was worth $67 billion in 2020, and the market will likely grow as legalization becomes more prevalent in the U.S.

The company reached 1 million subscribers -- which grew 108% year-over-year -- in Q3, resulting in revenue growth of 156% to $157 million. Subscribers spent over 284 million hours on the platform this quarter, and with its new Sportsbook, this could continue growing rapidly over time. Management believes that the integration of Sportsbook will not only attract a new customer base but will also increase the engagement levels of consumers, meaning many things for the business. Namely, increased engagement could result in a more valuable advertising space -- a major growth opportunity for fuboTV.

Currently, ad revenue is just $18.6 million, but it is growing at 147%. With strengthened engagement, the company could continue seeing significant growth in this segment. Also as fuboTV creates more ad spaces on the sports betting app and the connected TV, ad spending growth is projected to grow 11% per year until 2024.

While fuboTV's market opportunity is massive and the integration of sports betting made this company more appealing, there are some serious risks. fuboTV lost $105 million in Q3, and its free cash flow so far this year is negative $147 million. The company has a relatively lean balance sheet, with just $400 million in cash, which can be concerning. The bright side is that fuboTV's net loss is improving: Q3 2020 the company lost over $270 million, representing almost 450% of revenue. Now, the company only lost 67% of its revenue, still elevated but fuboTV is moving in the right direction.

fuboTV has seen some success helping customers cut the cord and there are still 72.6 million traditional TV users. Adding the sports betting market to that, it gets even larger. If the company can continue adding customers at a fast rate while spending little on sales and marketing, fubo's revenue could go through the roof. Though the company's profitability remains a concern until it implements this approach, no one can refute that fuboTV has an enormous opportunity at its market cap of $3.5 billion. It would not be a surprise to see the company 10x from here if it can execute well.

If fuboTV has a 10x opportunity, Latch potentially has a 100x opportunity. The company is bringing simplicity, visibility, and security to the security industry for apartments with its smart lock software, LatchOS. With its smart locks, apartment tenants can unlock their doors without keys, let in friends and service workers with the touch of their phone, and apartment managers can manage the security of their buildings from one screen. This combination of software and innovative hardware is unmatched, has high switching costs, and is extremely helpful to both tenants and managers. This is likely why Latch hasn't lost a single customer in its operational history.

Latch is a very young company that only made $11 million in revenue in Q3 -- and grew 120% year-over-year -- but the important metric for Latch is its bookings for the next few years. Apartment managers sign contracts agreeing to install Latch hardware and use its software before apartment buildings are even built. Considering only 2% to 3% of agreements fail, bookings give an estimate of what revenue could look like in two years when the apartment is built and Latch receives money. Since the company partners with established businesses with plenty of capital, the risk of supply chain shortages will have a minor if any impact to deal completion. For Q3, total bookings were $96 million, growing 181% year over year.

Like fuboTV, Latch has profitability issues. The company's total gross margin was just 4% for Q3, compared to a negative gross margin one year ago. Its Q3 net loss is a whopping 34 million -- three times its revenue. The net loss has been decreasing in absolute terms and as a percentage of revenue over the past two quarters, but it is still extreme. The company's path to profitability is a long one: Latch's bookings are expected to eventually turn into revenue, and all of its units that become operational will then pay a subscription fee every month. The subscription fee has gross margins of 90%, most of the subscription revenue will fall to the bottom line, leading to strong profits.

Each of these small-cap stocks are incredibly risky, so for any investor who is not willing to hold onto these stocks tightly for the next decade, you might want to pass. However, for long-term investors who have the stomach to bear large declines in share price while the business is executing, either stock could reward you nicely. Ultimately, it comes down to your personal risk tolerance. Both stocks could provide market-beating returns, but Latch has the potential to create life-changing returns in exchange for magnitudes more risk and volatility.