Investors have watched closely as the global economy seeks to recover from the impacts of the COVID-19 pandemic. On Wednesday morning, that led to signs of a mixed opening on Wall Street, as market participants tried to balance troubling concerns like inflationary pressures against more optimistic signs of recovery. As of just after 8 a.m. EST, Dow Jones Industrial Average (^DJI -0.11%) futures were lower by 50 points to 36,011, while S&P 500 (^GSPC 1.47%) futures had dropped 3 points to 4,693. However, Nasdaq Composite (^IXIC) futures managed to buck the trend, rising 7 points to 16,307.

We've heard a lot about the state of the consumer economy this week, as major retailers have issued their latest earnings reports. This morning, Target (TGT 2.23%) and Lowe's (LOW 3.75%) added their results to the list, and what the two companies said reflect conditions that companies across the U.S. economy are having to face right now. Below, we'll look more closely at these two earnings reports and dig into the factors that are affecting consumer-facing companies both large and small. 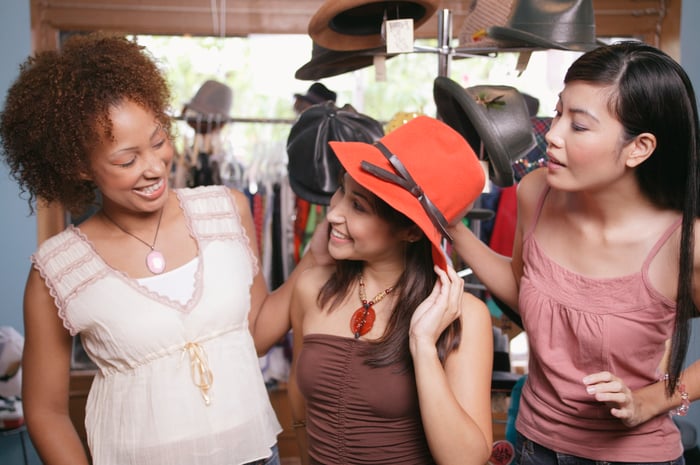 Shares of Target were down more than 4% in premarket trading on Wednesday morning. The department store retailer had some strong financial numbers, but it also said it is facing additional costs that could have margin implications going forward.

Many of the performance metrics Target reported were strong. Comparable sales were up 12.7% in the third quarter, keeping up strong momentum after a 20.7% gain in the year-earlier period. Higher traffic was primarily responsible for the boost, with big gains in use of same-day digital fulfillment services and strong consumer demand across all of Target's major merchandise categories. Adjusted earnings of $3.03 per share rose just 9% year over year, but the figure was more than double what it was two years ago before the pandemic.

Target also boosted its guidance for the remainder of the year, citing higher demand from early holiday shopping due to consumer concerns about supply chain issues. The company now believes it could see low double-digit percentage growth in comps, reflecting its strong inventory position and readiness for customers to spend more this holiday season.

The stock's decline seemed to reflect nervousness among Target investors about the higher wages and other expenses that the retailer has had to incur to maintain its operational efficiency. Yet at least for now, Target seems able to pass those costs on to shoppers, and that could help preserve profit margin and give the stock some upward support in the months ahead.

Conversely, shares of Lowe's moved higher by more than 4% in premarket trading, adding to big gains on Tuesday. The home improvement retailer's third-quarter results showed solid improvement even after a stellar performance in the year-earlier period.

Lowe's managed to hold onto its gains from 2020. Comparable sales were up 2.2% systemwide and 2.6% in the U.S., boosting its two-year comps gains to 33.7%. Earnings of $2.73 per share for the period were up 38% year over year on an adjusted basis. Lowe's pointed to balanced contributions from both do-it-yourself consumers and professional contractors, with double-digit percentage gains coming from the professional segment and from the Lowes.com digital channel.

Lowe's expects the momentum to continue through the end of the year. It expects revenue of $95 billion, corresponding to 33% comparable sales growth from pre-pandemic levels two years ago. Higher gross margin should help support profitability, and Lowe's continues to return huge amounts of capital to shareholders through dividends and stock buybacks.

Investors have been pleased at Lowe's efforts to woo professionals, which appear to be bearing fruit. That's good news for the No. 2 home improvement retailer, and shareholders hope that Lowe's might be able to match and exceed the performance of its higher-profile rival in the months and years to come.

Why Did So Many Top Stocks Plunge After Reporting Great Earnings?
410%