Valuation and price targets can be tricky topics for investors. Two highly trained analysts can come to very different conclusions about what a company is worth and which direction its share price is headed. For that reason, I tend to ignore Wall Street's near-term forecasts. But that doesn't mean those metrics are worthless. Price targets can be a great place to start your research.

For instance, financial services firm Cantor Fitzgerald currently has a $19 price target on Latch (NASDAQ:LTCH), implying 125% upside for shareholders. That's a bold prediction. But before you make a decision one way or another, let's take a closer look at Latch. 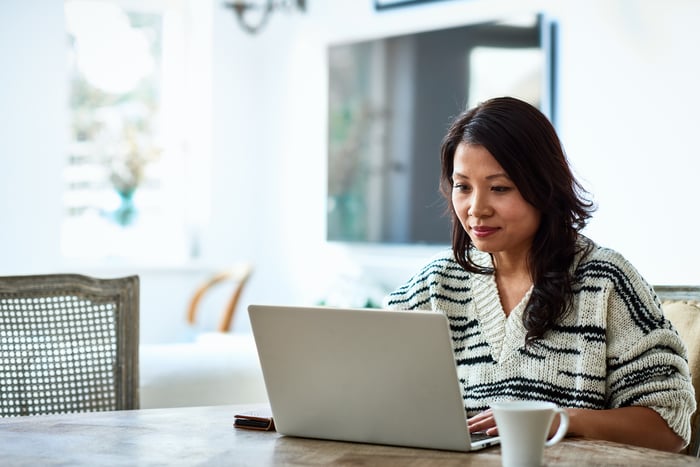 Latch is a smart lock company. Its software-as-a-service (SaaS) product, LatchOS, powers a range of proprietary devices, including door-mounted access controls, delivery assistants, and intercoms. It also integrates with third-party smart home products like connected light switches and thermostats, all of which can be controlled from the Latch mobile app. In short, LatchOS powers the smart building experience.

Latch currently generates the vast majority of its revenue from apartments, where its products can be integrated into new units or retrofitted to existing real estate. In either case, property managers benefit in two ways: First, they gain the ability to control access permissions remotely streamlines tenant turnover (i.e., the move-in and move-out process), visitor entry, and package delivery, reducing the need for on-site staff. Second, smart locks create a premium experience for residents, potentially boosting revenue by $200 to $500 per apartment per year, according to management.

More importantly, Latch has a differentiated business model. Its comprehensive platform makes it a more convenient partner for real estate operators than other vendors, the majority of which focus on fragments of the smart building experience. That strategic edge has translated into a perfect retention rate. That's right, Latch has never lost a single customer. And that's saying something, because its technology powers more than 10% of new apartments in the U.S.

During the third quarter, Latch reported revenue of $11.2 million, up 120% from the prior year. And total bookings soared 181% to $96 million, implying strong future revenue growth. On the bottom line, Latch posted a widening net loss of $34.2 million, but its debt-free balance sheet shows over $300 million in cash, meaning the company has money to burn while its business scales.

On that note, Latch is still a small-cap company, with a market cap of $1.2 billion. But the smart lock industry is expected to grow at 12% per year through 2026, reaching $1.5 billion in the U.S. alone, according to Arizton Advisory & Intelligence. That puts Latch in front of a significant opportunity.

Is Latch a smart buy?

So, could shareholders really see gains of 125%? I think so. Supply chain disruptions have delayed residential construction projects, potentially creating revenue headwinds for Latch. For that reason, Goldman Sachs analyst Rod Hall recently lowered his price target to $10 per share. In response, Latch stock sold off sharply, and it currently trades 41% below its all-time high. That's never good news, especially if you're already a shareholder. But there is a silver lining.

Those supply chain headwinds are temporary. And more importantly, Latch is at the forefront of a growing industry, and management is doing a good job of diversifying the business. Most notably, Latch recently announced its expansion into commercial office buildings, and it revealed partnerships with three iconic properties in Manhattan, including the Empire State Building. For all those reasons, Latch stock does indeed look like a smart buy.