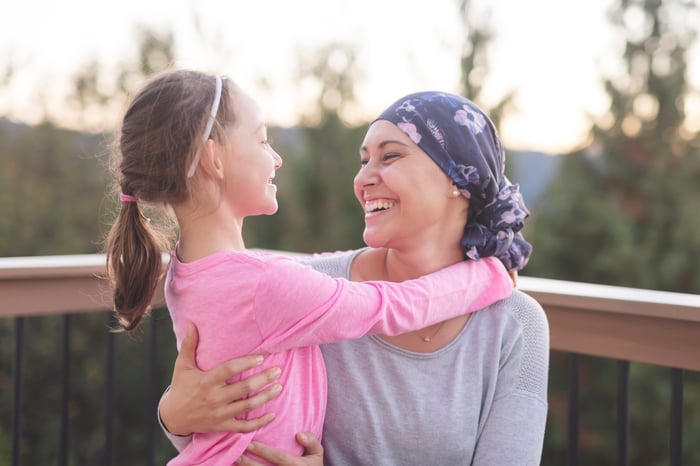 Affirmed posted its third-quarter earnings last week. The company's financials had little to do with the stock's rise, though. The biotech company only makes a bit of collaboration revenue, but the other details in the report regarding the company's pipeline are what is pushing the stock.

Affirmed specializes in therapies that help patients' own cells by activating innate immunity (natural killer cells and macrophages), which are the body's first line of defense against cancer. Affirmed's therapies are concentrating on treating hematologic and solid tumors. The company calls its platform ROCK, which stands for Redirected Optimized Cell Killing.

Like any clinical-stage biotech company, Affirmed is a gamble. Investors are counting on the Food and Drug Administration (FDA) approving the company's therapies and the drugs being marketable. If they are approved, that's a big deal, at least in the long term as many of the cancers the company is targeting right now are primarily treated with chemotherapies that have high toxicity levels and come with limitations on the duration of the body's response.

One relatable example of the potential of Affirmed's therapies is Adcetris (brentuximab vedotin), an antibody therapy that targets the CD30 protein to treat various lymphomas. Sold by pharmaceutical company Seagen, it has produced $529 million in revenue through the first nine months of the year.

The key for investors regarding Affirmed will be the continuation of positive trial results as the company has a long runway before its therapies can produce revenue.