Shares of Bilibili (NASDAQ:BILI) were pulling back today after the Chinese tech company missed the mark in its third-quarter earnings report. 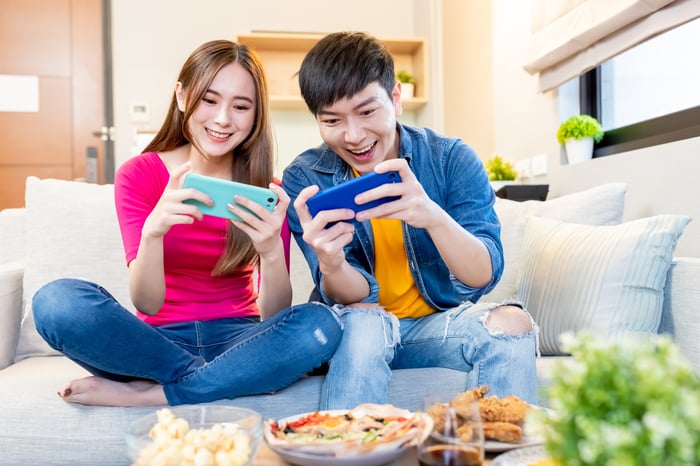 Bilibili, an online video and entertainment company, said that revenue in Q3 rose 61% to $808 million, which was slightly below estimates at $809.9 million.

Usage metrics pointed to solid growth as monthly active users (MAUs) increased 35% to 267.2 million, and mobile MAUs rose 36% to 249.9 million. Mobile gaming revenue growth was sluggish at 9% to $216 million as the company has faced headwinds from a regulatory crackdown on video games. However, the company continued to see strong growth in value-added services, which include premium memberships and live broadcasting services. Revenue in that segment jumped 95% to $296.3 million and was up sharply in advertising and e-commerce as well.

Gross margin declined due to an increase in revenue sharing, and on the bottom line, the company's adjusted loss expanded from $0.40 per share to $0.65, which was slightly better than estimates at $0.67.

CEO Rui Chen called the performance a stellar quarter and added, "Importantly, our community is stickier and more engaged than ever. Users spent an average of 88 minutes per day on Bilibili, the longest time we have seen in our operating history."

Looking ahead, Bilibili called for fourth-quarter revenue of $890 million to $910 million in line with estimates at $898.2 million and representing an increase of 52%. The slight miss on revenue doesn't seem like enough of a reason for the stock to fall nearly 10%, nor does the continued sluggish growth in gaming.

Overall, it was a solid quarter for Bilibili. There's no reason to change your investing thesis based on the latest round of numbers.