Each of these stocks had shot through the roof last week after the passage of a $1.2 trillion infrastructure bill. But with the euphoria dying down and heavy selling pressure building up for shares of some of the leading electric car makers, these EV charging stocks also struggled to buck the trend.

November is turning out to be one of the most thrilling months for the EV industry, with stocks across the sector flying through the roof as excitement among investors hit a new high. From Tesla selling shares to Lucid Group's Air winning the 2022 MotorTrend Car of the Year award and Amazon-backed Rivian Automotive making a stellar debut on the stock market, EV enthusiasts had a lot to chew on.

Over the past couple of days, though, several analysts have expressed concern over the sky-high valuation of some EV stocks, sending them crashing. 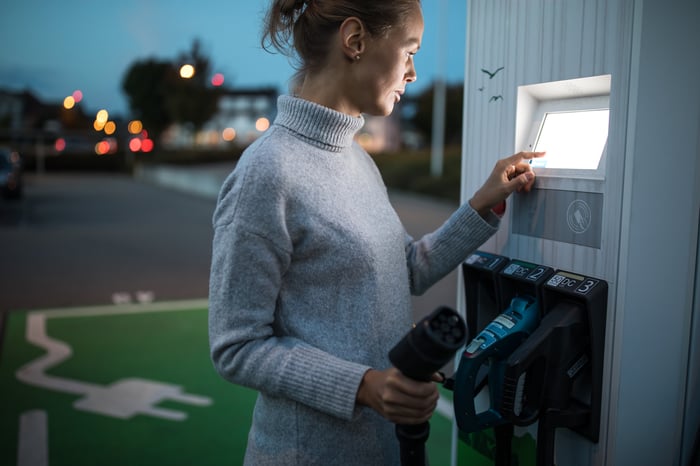 EVgo is one of them, having received at least two analyst downgrades in just the past couple of days. Analysts at Credit Suisse and Bank of America downgraded EVgo stock, both citing valuation as a key reason behind the downgrades.

Conversely, Blink Charging has at least four stock upgrades in recent days after the passage of the infrastructure bill and solid numbers from the company for its third quarter -- it reported 607% year-over-year growth in revenue as it installed or contracted a rising number of charging stations.

Volta is yet to gain analysts' attention, but the company's revenue soared 77% year over year in the third quarter and it expects to generate strong revenue in Q4. Yesterday, Volta extended its partnership with Cinemark to provide EV charging at some Cinemark movie theater locations across the U.S. This morning, Volta launched what it calls the Volta Media Network to offer advertisers a "dynamic content platform" for better customer engagement to trigger a purchase.

For those in the know, Volta's EV charging stations are typically located in commercial locations and have digital displays for advertising. In its third quarter, Volta derived 87% of its revenue from this advertising business.

So why are stocks like Volta and Blink Charging still tumbling despite all the optimism and company-specific growth? In one word: valuation, along with the broader sell-off among some of the most notable EV names that's dragging down stocks across the sector. 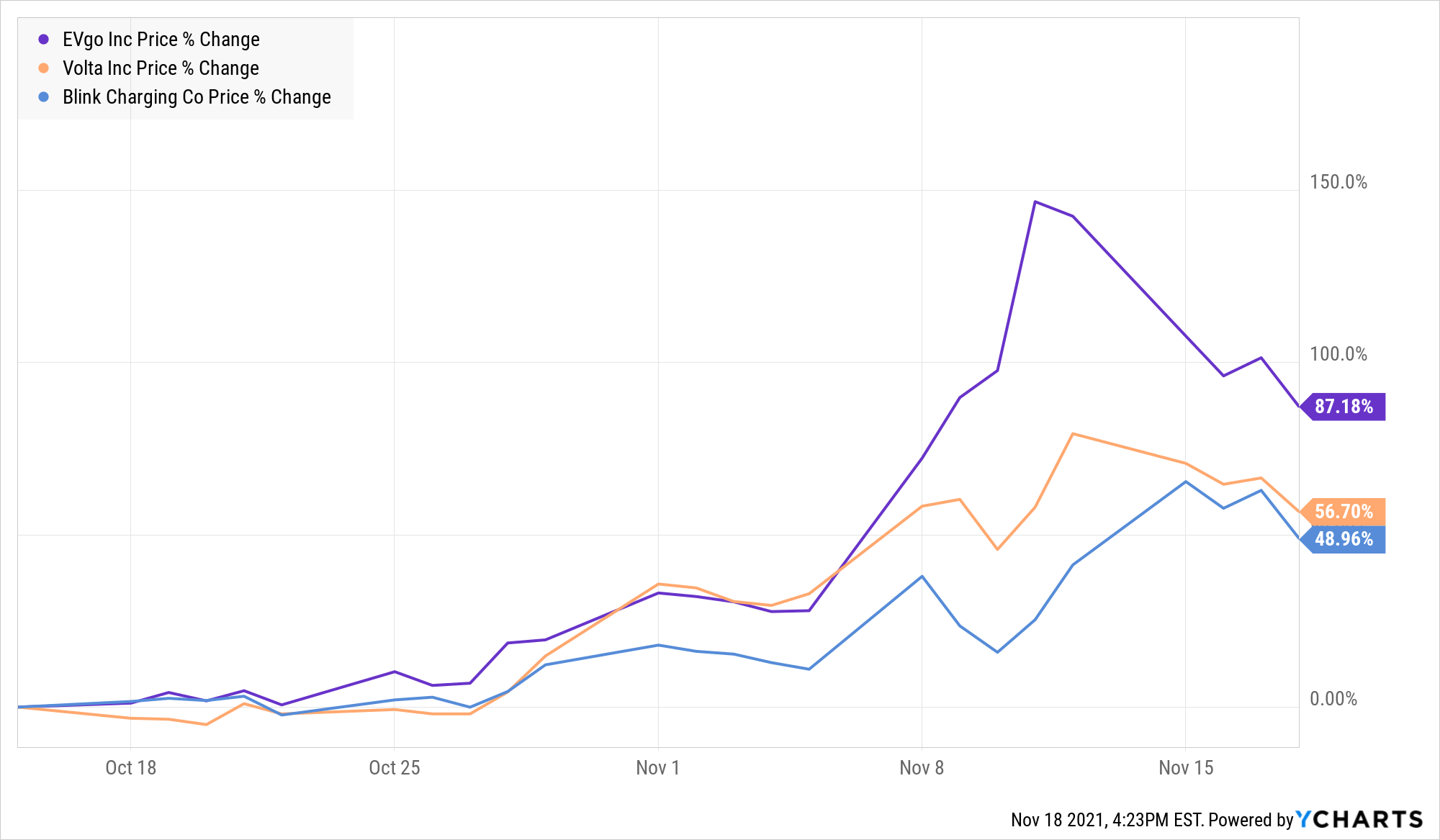 In EVgo's case, though, there might be yet another reason why the stock's tanking: As Bank of America analyst Ryan Greenwald points out, more than 70% of EVgo's outstanding share count is due for expiry of the lock-up period later this year. Because such an expiry gives insiders the freedom to sell their stakes, stocks often come under pressure in the days following. With EVgo shares already running so high, so fast, some shareholders aren't taking a chance and taking some profits off the table right away.

All of these EV charging stocks are in the early stages of growth, which can be a typically volatile period from the stock price point of view. If a company offers promise based on its top-line growth, partnerships, or industry trends, its stock can rise exponentially in a short span of time. And once that happens, even a small blip, whether company or industry specific, can send these stocks crashing.

That's exactly what's happening with EV charging stocks like EVgo, Volta, and Blink Charging right now, but investors in EV stocks should know better to take a long-term view of the explosive EV industry that's only just getting started than press the panic button.