The stock was down 17.7% at 12:07 p.m. ET. The stock market as a whole, however, also opened lower, with the Dow Jones Industrial Average falling more than 200 points (about 0.8%) shortly after the open. By early afternoon, however, the major indexes had largely bounced back from their earlier declines. 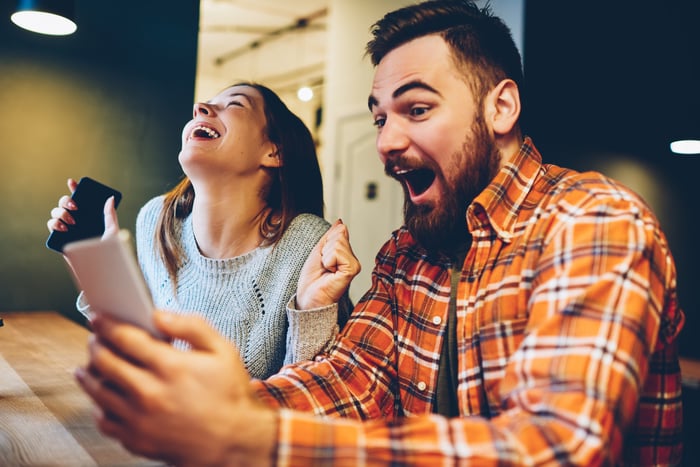 Gambling.com's earnings report was actually quite good, though its revenue of $10.1 million fell just shy of the $10.4 million consensus forecast. Earnings of $0.10 per share handily beat Wall Street's estimates of $0.07 per share.

CFO Elias Mark asserted that the marketing company's sluggish 37% revenue growth and its adjusted earnings before interest, taxes, depreciation, and amortization (EBITDA) margin of 34% were "healthy despite a seasonally slow quarter."

He noted the company had previously warned that both metrics could deviate from their 40% target rates as it invested in the business, pursued mergers and acquisitions, and incurred costs associated with going public.

Gambling.com's IPO was held in late July after it priced its shares at $8. Even after Thursday's sharp decline, the stock is up by more than 50% from there, and has nearly doubled from the low point it touched in mid-August.

Mark said he foresees Gambling.com exceeding its 40% target rates for revenue growth and adjusted EBITDA margin for the full year.

The company's strong relative performance last quarter bodes well for the future, and given the gains that the stock has made this year, Thursday's sell-off could just be a case of profit-taking.