Cathie Wood has a knack for growth stocks, but she can also be forgiving when momentum runs dry. The founder, CEO, and chief investment officer of ARK Invest made it a point to buy into some of her biggest laggards on Thursday. 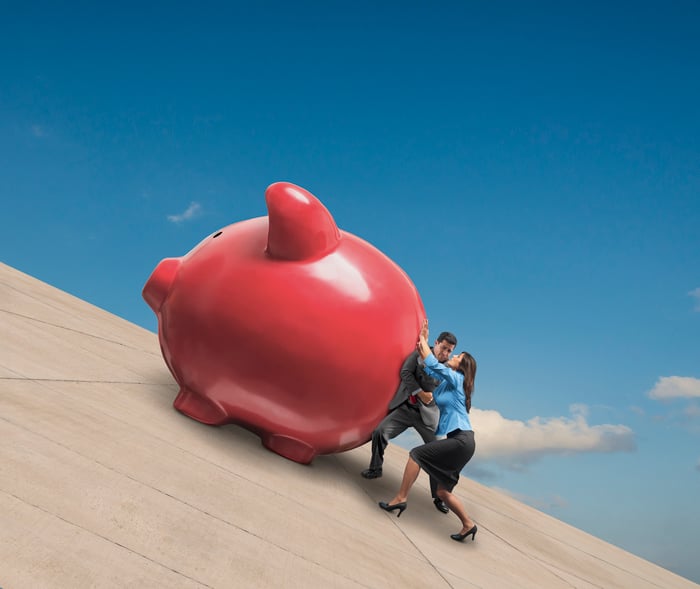 A lot of growth investors have given up on Teladoc, but that only means more shares to go around for ARK Invest. The telehealth specialist has plummeted 60% since peaking in February, but that's apparently a dinner bell for Wood. ARK Invest added to its Teladoc position in four of its exchange-traded funds.

Teladoc tumbled on Thursday despite posting compelling growth targets at its Investor Day presentation. The $2.015 to $2.025 billion it expects to record in revenue this year is roughly in line with expectations, but it sees healthy growth in the coming years. Teladoc's outlook for the next couple of years begins with a $2.6 billion target for next year, topping $4 billion by the time 2024 rolls around. We're talking about Teladoc's doubling in three years, translating to a compound average growth rate of 25% to 30%.

Is this a slower clip than what investors have been treated to lately? Sure, but acquisitions have helped prop up the top-line steps in the past. Teladoc is the second largest holding among ARK Invest's positions, and it now owns 11% of the entire telemedicine company.

Pointing out that Blade Air Mobility is trading just 52% below this year's high makes it the relative winner of this three-stock sampler of Thursday purchases. Blade Air Mobility has a niche product -- providing on-demand helicopter transport services -- that's limited to major cities with heavy traffic and folks with the means to pay up to fly past the gridlock.

The stock did get a bit more interesting when Blade Mobility announced a deal to acquire Trinity Air Medical, a provider of human organ air transport. However, that's also a thin market. It remains to be seen if the business can grow to the point where it can achieve scalability. With the stock price dipping back into the single digits on Thursday, Wood felt she would hail another flight before the stock takes off.

The hardest hit of the three stocks is Skillz. The online gaming platform peaked in February like Teladoc and Blade Air Mobility. It just happens to be trading a brutal 77% lower than its high.

Skillz was an easy story stock to get behind when it was on the rise. It offered developers of casual games a way to monetize their creations through contests and tournaments. Everybody would win as players would get a shot at prizes, developers would draw a crowd, and Skillz got a way to push out its ad inventory.

Revenue is growing at a healthy pace, up 70% in its latest quarter. The rub for Skillz is that profitability seems elusive. Skillz spent more to cover sales and marketing in this month's third-quarter report than it generated in revenue. It's never a good look when a single line item wipes out the entirety of the top line.

Normally you don't worry about the bottom line when a company is in this stage of market expansion, but it is troublesome. Skillz has posted a larger-than-expected loss in each of the past four quarters.