This month, the market capitalization of the entire cryptocurrency market eclipsed an astounding $3 trillion. This number is too large to overlook, meaning almost everyone is at least somewhat curious about cryptocurrencies these days. But most newcomers struggle to ascertain what cryptocurrencies actually do and why they're considered innovative.

I've admittedly struggled to see the practicality of many popular cryptocurrency projects myself. And that's why my enthusiasm is quickly growing with Theta (CRYPTO:THETA). The Theta network has the clearest use case for any decentralized project that I'm aware of. 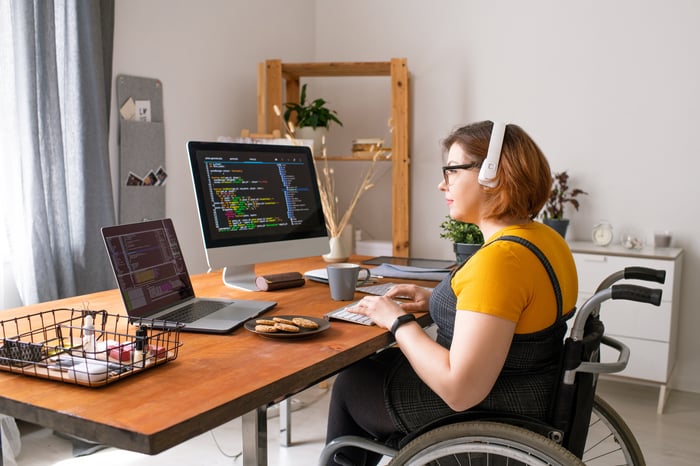 I mocked Netflix when it switched to streaming in 2007. To me, the internet was far too slow to stream video content. However, I failed to recognize that the internet was getting faster and would one day be able to support Netflix without a problem. In hindsight, it was a prescient move by the company and one of the reasons it's one of the greatest stocks of the past decade.

However, the speed of the internet today likely won't be enough to handle the load of tomorrow. Streaming in 4K resolution is just starting to become more common. But future bandwidth hogs like 8K streaming, multiplayer synchronous video-gaming, and immersive experiences in the metaverse could bog down the current system.

Right now, we compensate for slow internet speeds by placing content physically closer to the end consumer via content delivery networks (CDNs). Two well-known companies profiting from this business are Cloudflare and Fastly.

But placing content on centralized servers comes with a potential downside: When they go down, the internet goes black. For example, Fastly went down earlier this year, taking major websites like Amazon and Reddit down with it.

Theta solves this problem because it's a decentralized CDN. Anyone with enough computing power can become a part of the Theta network -- volunteering your computer makes you an "edge node". And if one edge node goes down, users can simply continue accessing content from all of the other nodes on the network.

Therefore, Theta solves the centralization problem of CDNs. But it also improves upon the advantage of CDNs. Traditional CDNs are  always geographically close to end-users, increasing their connection speeds. But Theta nodes are theoretically even closer to the user -- your next-door neighbor could be an edge node. 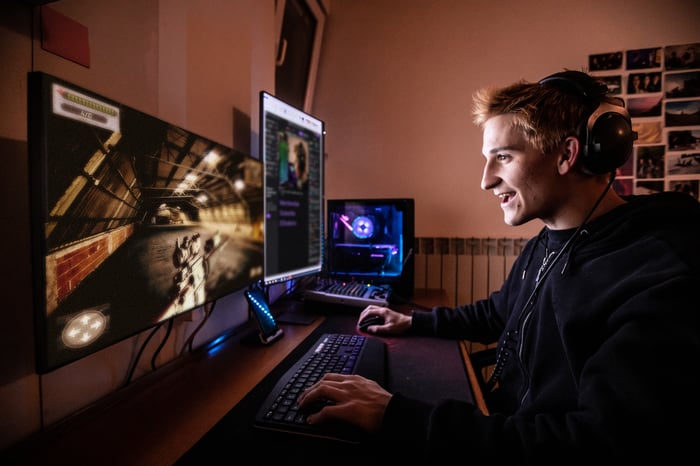 I'm not the only one who's impressed

It's one thing to impress a simple guy like me when it comes to a decentralized project like Theta. It's quite another thing to attract the attention of Steve Chen and Justin Kan. You may not recognize their names but their creations are household names. Chen is a co-founder of YouTube and Kan is a co-founder of streaming video game platform Twitch. And both are advisors to the Theta project.

Multi-billion dollar businesses like Samsung and Sony are also involved with Theta as investors. Both of these companies have a growing presence in esports, explaining why they've taken an interest in the Theta project. The esports industry is currently trying to overcome the challenge of slow internet speeds as the display resolution of streaming games increases. After all, serious gamers can't risk even a split-second glitch while competing online.

Perhaps the Theta network could be the solution to faster speeds for streaming video and video games. And considering how massive those markets are, this could be big.

By the way, don't expect another decentralized project to do what Theta is doing. Theta Labs, the company behind the project, was recently awarded a patent for this decentralized CDN concept. Potential competitors to Theta, therefore, have a serious hurdle to overcome.

Can it make you rich though?

According to CoinMarketCap.com, Theta has a market cap of $6 billion as of this writing. There are one billion tokens in circulation and that supply is fixed. Therefore, there's no dilution to worry about when it comes to Theta, unlike other cryptocurrencies. And if the Theta network catches on, it could become a lot more valuable than $6 billion.

However, Theta, like most cryptocurrencies is volatile. The price spiked to $15.90 per token earlier this year and has since fallen over 60%. Surprisingly, it was awarded its patent during this downtrend. If anything, I would have expected this to be a catalyst. But right now, Theta doesn't appear to be getting a boost from fundamental improvements to the investing thesis.

Moreover, many big cryptocurrency visions in the past didn't become a reality. Therefore, Theta could be a big idea that fails to meaningfully materialize.

In conclusion, I personally only invest in cryptocurrencies where I can see a clear use case and when I believe there could be demand from investors. Theta checks those two boxes for me. That is why I believe it can substantially increase in value over the long haul.