Shares of aerospace-titan Boeing (NYSE:BA) soared earlier this week on the wings of positive news headlines out of the Dubai Airshow -- not least of which was a prediction from Boeing Senior Vice President Ihssane Mounir that the company will soon resume deliveries of its ultra-modern 787 Dreamliner airplane to customers. 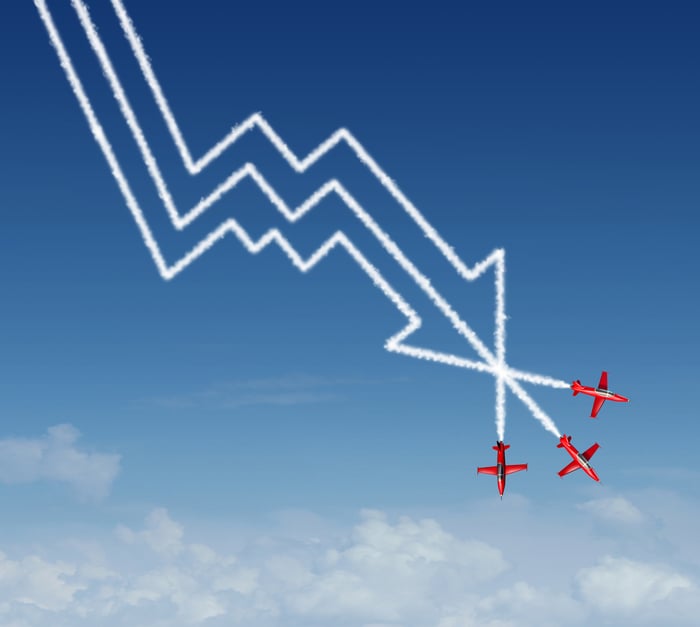 As The Wall Street Journal reported this morning, newly discovered defects in the 787's design are "delaying deliveries of new jets" and "complicating airlines' plans" to receive them.

Specifically, Boeing is experiencing a "door issue" with passenger and cargo doors on the 787. While that doesn't sound especially serious, it's apparently been bad enough that it's contributed to a 60% reduction in the pace of Dreamliner production, from five planes per month down to just two.

Now, says the Journal, the company thinks it will need to suspend completion of 787s completely and not restart deliveries of the planes before "February or March at the earliest."

This situation could be even worse than it sounds, too, with the Journal noting problems with "defective titanium parts," "certain aluminum parts" and "windows," too, on the Dreamliner -- as well as "tiny gaps where sections of the aircraft join together."

What does all this mean to investors in Boeing stock? Although Boeing insists that none of the 787's defects "pose immediate safety concerns," they do appear to be adding up to significant delays in both production and delivery -- delays that you can expect to show up on Boeing's bottom line for at least the next couple of quarters.