Popular meme-token Shiba Inu (CRYPTO:SHIB) plummeted 21.6% at this week's lows from Friday's close last week. This move was driven, in part, by a rather dismal performance across the entire cryptocurrency sector.

Most major cryptocurrencies were down this week as a result of sector-specific forces. China cracked down on Bitcoin mining (once again), crypto investors learned that the IRS was coming after their capital gains, and the U.S. dollar was stronger. These were all catalysts that investors jumped on to explain this price action.

However, a number of token-specific factors contributed to Shiba Inu's demise this week. These included reports that large-scale selling from whales (accounts that own a significant number of tokens) could pick up. Currently, it's estimated that approximately two-thirds of all SHIB tokens are held in just 10 wallets.

Additionally, skepticism among momentum-driven investors with respect to the merits of Shiba Inu and other dog-inspired cryptocurrencies appears to remain high. Those holding big gains have incentives to sell and may be doing so right now as concerns about negative momentum heat up.

It wasn't all bad news for SHIB holders. The meme token saw a brief spike earlier this week on news that AMC Entertainment has found a way to support ticket and concession purchases via SHIB and will start in 60-120 days. Crypto-exchange Gemini announced it would be bringing Shiba Inu into the fold. And ZenGo, a keyless non-custodial crypto wallet, announced it was adding functionality to support Shiba Inu, as well. 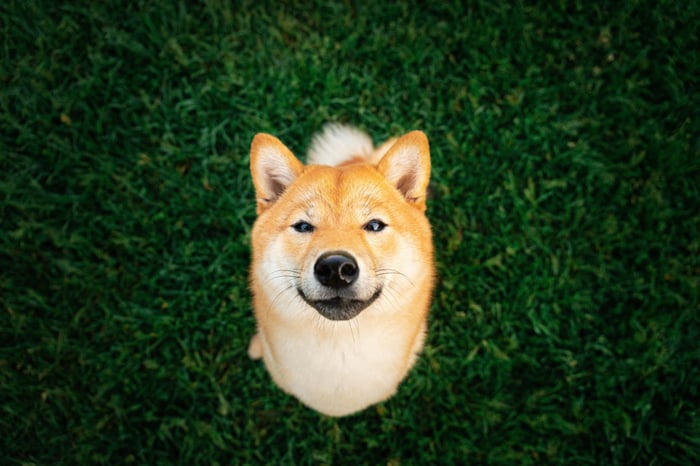 This week was perhaps less of a bloodbath than the overall numbers may suggest. SHIB tokens whipsawed back and forth, ultimately ending the week lower. However, there were some signs of life for investors keen on holding it.

That said, there are some real risks Shiba Inu investors need to factor in right now. The incredible momentum-driven rally we saw take SHIB to all-time highs recently could result in inverse momentum on the downside. Investors may be enticed to take gains on the way down for fear of this token's price dissipating quickly.

On the other hand, if this turns out to be a minor blip, investors may kick themselves for taking too much risk off the table.

As with any highly speculative investment, risk management and capital preservation may take a back seat to the euphoria that comes along with the ride of a lifetime. Those who have held SHIB for the past few months have been on such a ride.

However, sometimes it's a good idea to take a bit of cream off the top. If this correction in Shiba Inu turns right back around into a bull market, investors who sold a portion of a position, while keeping a comfortable amount of exposure, may sleep better at night.

Right now, there's no telling where this meme token will go. Accordingly, investors should strap themselves in for another ride. And those watching from the sidelines should get their popcorn out. It's going to be interesting.