Shiba Inu (CRYPTO:SHIBA) has been one of the hottest new cryptocurrencies on the market of late, soaring more than 500% in just the past three months while the S&P 500 is up by a mere 5%. But the danger with cryptocurrencies, especially a meme coin like this, is that valuations can fluctuate quickly and without warning. If you've made some money off Shiba Inu, now may be a good time to cash in those gains and put them into safer growth stocks.

A couple of promising growth investments to consider right now are Innovative Industrial Properties (NYSE:IIPR) and Roku (NASDAQ:ROKU). Here's why both could be much better options for you. 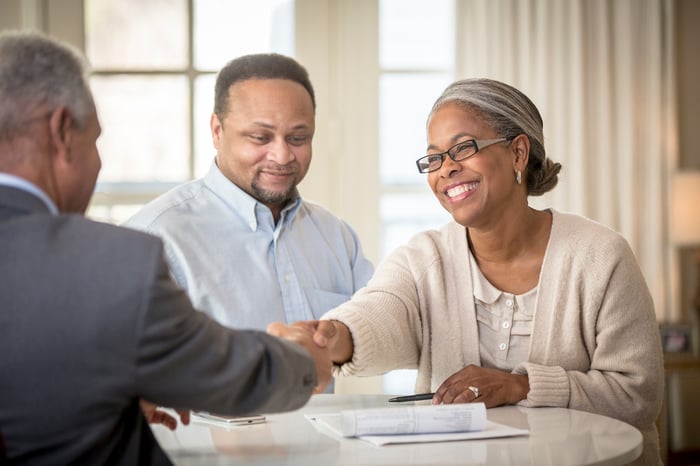 If it's growth opportunities you crave, then it's hard to go wrong with an emerging sector like cannabis. Analysts from cannabis research company BDSA project that the industry's sales will rise by 41% this year. And from now until 2026, global cannabis sales will rise at a compounded annual growth rate of at least 15%, growing to a value of more than $62 billion.

And within that sector, one company that may be the best option is real estate investment trust (REIT) Innovative Industrial Properties. Through sale-and-leaseback agreements, it provides cannabis growers with an influx of money for their properties to facilitate their growth, and in return, it creates a steady stream of cash flow for itself. CNBC's Jim Cramer recently called the stock "the best cannabis play."

It's easy to see why that is, since this is a company that is not just growing but also posting a profit and it pays its shareholders a dividend -- since it is a REIT, it needs to distribute at least 90% of its profits back to shareholders. If you're lucky, you can find a cannabis stock that does two of those things, but all three is incredibly rare.

For the period ending Sept. 30, Innovative Industrial Properties reported revenue of $53.9 million, which grew 57% year over year while net income of $30 million increased at a similar rate. REITs use funds from operations (FFO) to evaluate their performance and ability to pay dividends. And the company's diluted FFO per share of $1.62 this past quarter was a 33% improvement from a year ago. It puts it in a great position to pay its quarterly dividend of $1.50, especially as the growth continues. With a dividend yield of 2.2%, you'll be collecting more from Innovative Industrial Properties than you would with the average stock on the S&P 500, where the average yield is around 1.4%.

This is a safe cannabis play that can pay off in both the short and long term through dividend income and capital appreciation as the industry continues to get bigger.

Entertainment company Roku is another exciting growth stock to own. Its shares have been falling as of late (down more than 23% in three months), as news of Alphabet's YouTube leaving Roku's streaming platform and Amazon Prime Video potentially doing the same (over a dispute related to privacy issues and user data) have likely led investors to panic and worry that sales will slow down in future quarters.

Although there may be some near-term softness in revenue from these ongoing fights, I'm optimistic they won't last; it's in the interest of all companies to sort these problems out, and that's why I wouldn't bet on this being a long-term problem for Roku. Buying on this negativity just makes the stock a better buy, and that can pay off for investors who just buy and hold.

Plus, Roku is expanding internationally into new markets, planning to launch its TVs in multiple Latin American countries this year. Most recently, it launched its streaming players in Germany. And with 2,000+ channels to offer there, providing a wide range of content doesn't appear to be an issue for Roku.

Even amid reopenings and a return to normal in the economy, Roku has been seeing strong demand for streaming continue. In its most recent quarter (period ending Sept. 30), streaming hours totaled 18 billion and were up 21% year over year. Its active accounts of 56.4 million were also 23% higher than they were a year ago. And net sales of $680 million rose 41% year over year.

Roku is a solid growth stock and will likely remain that way for the foreseeable future. Don't let the noise drown out what's otherwise a promising investment to hold on to for the long term.