Artificial intelligence (AI) stocks have become increasingly popular in 2021, spurred by companies like Lemonade (NYSE:LMND) or Zillow making integral use of AI in their business. While companies have had varying degrees of success, it is clear that AI will be a powerhouse of the world a decade from now.

Many companies have brought AI to the world of insurance, using it as the primary point of determination for loan approval and user acceptance. While many investors know Lemonade, there is one company that doesn't get talked about as much that came public in August 2021. That stock is CCC Intelligent Solutions (NYSE:CCCS). Does CCC deserve a place on your watch list? Let's find out.

CCC's market is based on car insurance and collision repair, and the company sells AI-based software to insurance companies and repair companies. With this software, these two industries can access increased efficiency, because CCC's software helps both industries throughout the laborious, complex process of getting drivers up and running again.

The company claims that its main competitive advantage hinges on one factor: Its solution is integrated and complete, whereas other insurance software solutions are focused on insurance-only processes. CCC, it claims, is the only major company that is integrating and enabling simple communication and workflow between insurance and repair companies.

Right now, the company only sounds like a software-as-a-service stock, so what is the AI edge? The company processes $100 billion of transactions annually, so CCC clearly has a lot of data. On the insurance side, CCC sells AI solutions to insurers who cannot afford to build out their internal AI team. With this AI solution, CCC uses its vast data trove to estimate claims and make decisions faster for insurance providers.

How much can it grow?

Now we are starting to see the differences between Lemonade and CCC (and also how broadly AI can be used in the insurance industry). While Lemonade focuses on selling insurance to consumers, CCC sells software to businesses -- potentially even Lemonade, though that company is just getting started in the auto insurance market. Another key difference is that CCC has much higher penetration in its market, while Lemonade's growth is taking off.

CCC has been around since 1980, and it now processes over 350 million transactions annually. The company already has significant penetration, with over 26,000 customers. Lastly, CCC is more than just a U.S. story, with four out of the five biggest Chinese automotive insurers as customers on the platform. Needless to say, there's a chance that CCC has already fully penetrated its markets.

This large amount of penetration has led to very slow growth. In its third quarter, the company grew revenue by 12% from the year-ago quarter, which was even faster than 2020, where it grew revenue by less than 3% compared to 2019. What might be worse about this is that the company spent almost $220 million -- 185% of gross profit -- on stock-based compensation. This brought the company's net loss to $189 million. 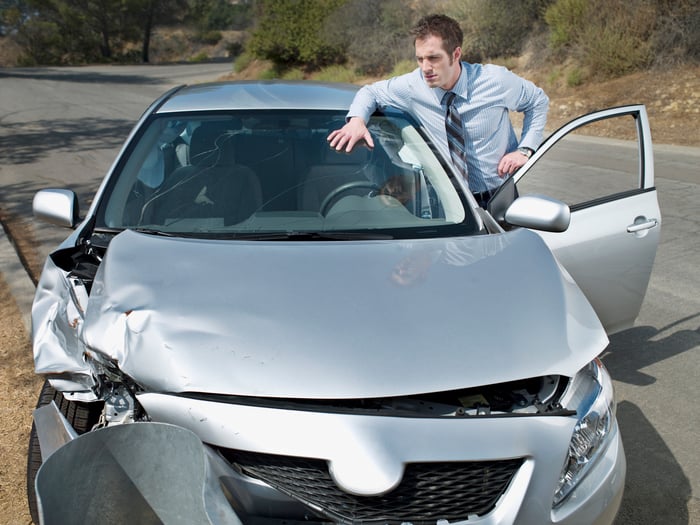 When a company is fast-growing and has a large runway, I tend to put less emphasis on valuation and profitability. However, when a company already has massive penetration and it is growing very slowly, I pay a lot of attention to profits. Considering that this company is barely profitable after adjusting for stock-based compensation and it has been growing in the single digits, CCC might not be right for growth investors.

However, there is a very strong business here, with a firm foundation. This company has planted its roots across the world, and its immense network effects clearly paid off over the years. CCC may be right for investors who want a stable, predictable company in their portfolio that is still using innovative technology.