The company is developing tons of new content to bolster its direct-to-consumer library.

Investors weren't too happy with Walt Disney's (DIS 1.60%) fourth fiscal quarter (covering the period ended Oct. 2). Although sales rebounded with a 26% year-over-year increase,earnings came in below the analyst consensus, and Disney+ additions were a low 2.1 million.

The stock tanked after the report, falling about 10%. But management isn't worried about subscriber count, which is called a "non-linear" process, and maintained its overall goals. And there are other reasons to stay bullish on the stock: 340 of them, to be exact. 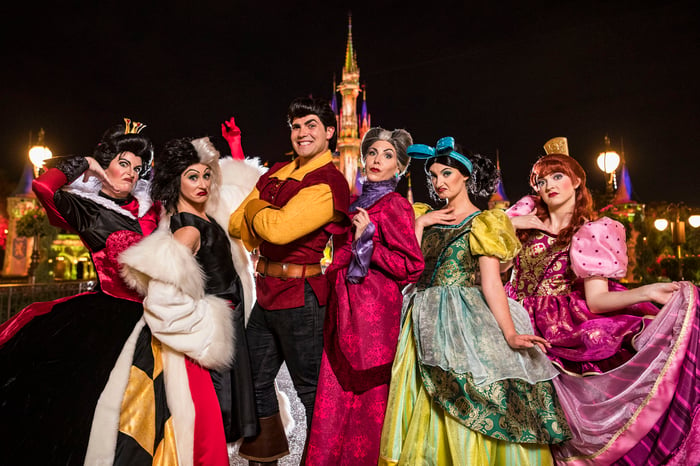 Last year, CEO Bob Chapek said that the company was planning to release about 100 pieces of content annually through its various media channels. Some of this year's content production has been backed up because of COVID-19 restrictions, but the company is planning out for several years' worth of content across theaters, direct-to-consumer, cable, and traditional TV.

That's the way to capture market share in the streaming wars, because it's content that drives engagement, subscriptions, and sales. This fact was apparent in Netflix's (NFLX 0.41%) third quarter, when its hit series Squid Game helped bump up its subscriber count by 4.4 million to a total of 213 million.Chapek acknowledged this: "We recognize that the single, most effective way to grow our streaming platforms worldwide is with great content."

He said that in 2022, the company will be doubling the amount of content from "marquee" brands: Disney, Marvel, Pixar, Star Wars, and National Geographic. These are the brands Disney fans are signing up for, and offering new content from loved franchises is a key to bringing them in and retaining them. But perhaps more substantially, it needs to reach local communities as well in order to interest viewers beyond the standard Star Wars or Disney princess fan, something Netflix has achieved successfully. To that end, the company has 340 local, original titles in development for release over several years. That an early complement to its strategy of launching the Disney+ service in more regions over the next two years.

This content expansion is an important element that is the next level in adding new, and specifically international, customers to the total subscriber list. It's also interesting to note that Squid Game is a South Korean series, filmed in South Korea and featuring a Korean (and Korean-speaking) cast. Local content can obviously bring in local subscribers, but it also has the ability to appeal to an international audience.

The Disney+ subscriber count is impressive because the service isn't even offered in that many locations yet. The streaming service is currently available in 60 countries, only recently launching in Japan, Taiwan, South Korea, and Hong Kong. Disney plans to roll Disney+ out in 50 more countries in 2022, covering regions such as Central Europe, the Middle East, and South Africa. And the ultimate plan is to serve 160 countries by fiscal year 2023. That certainly gives Disney leverage to majorly increase its streaming subscriber count next year. Chapek said "We remain focused on managing our [direct to consumer] business for the long term, not quarter to quarter."

Is this a Disney stock buying opportunity?

Though the fourth quarter feels like a hiccup, the entertainment giant is well on its way to achieving its stated goals for Disney+, and possibly overtaking Netflix as the world's top streaming company in the long run. The stock correction looks like an overreaction when considering, first of all, the recovery in the company's park segment, and second, management's strategy in developing content to boost subscription rates and launching in new regions.

At the current price, shares of Disney stock are trading at a reasonable 34 times forward 1-year earnings. Down 14% year to date, this is an excellent time to stock up on Disney shares.