The best performer over the past decade is data center REIT CoreSite Realty (COR). It has delivered a more than 1,400% total return or over 31% annualized. Unfortunately for long-term investors, that profitable ride is coming to an end. The company recently agreed to be acquired by infrastructure REIT American Tower (AMT 1.68%) in a $10.1 billion all-cash deal.

Here's a look at what made CoreSite a smashing success and whether that could help investors identify the best-performing REITs of the next decade. 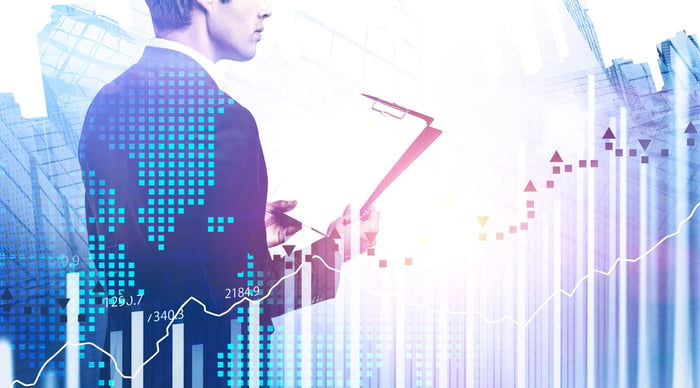 A decade of steady growth

CoreSite Realty has built a sizable U.S. data center business over the years. In 2011, CoreSite Realty only had 11 data centers in seven U.S. markets, with about 2 million square feet of space, including space held for redevelopment and development. The company had more than 600 customers and provided access to over 200 network service providers. That business generated $153.4 million in annualized revenue in the fourth quarter of 2010 and nearly $57 million of annualized adjusted earnings before taxes, interest, depreciation, and amortization (EBITDA).

Today, the company operates 25 data centers, with 2.8 million square feet of net rentable space across eight major U.S. markets. It leases that space to nearly 1,400 customers and has 440 network service providers. That portfolio generated $655 million in annualized revenue and $343 million of annualized adjusted EBITDA as of the third quarter. The company has grown its revenue at a double-digit annualized pace over the last five years.

CoreSite has grown its portfolio, revenue, and earnings primarily by developing new data centers in its core markets. While the company entered the Denver market, its eighth, by acquiring Confluent for $3 million in 2012, it has focused on organic expansion over the years. It has steadily built new data centers on its campuses by taking a phased development approach. This strategy steadily improved its investment returns as it completed additional phases to meet the growing needs for data center space in the markets it serves.

What to look for in the next CoreSite Realty

It also allowed the company to invest capital at attractive rates to grow its portfolio. Indeed, CoreSite steadily expanded its data center capacity in the markets it served to meet the growing demand for data center space. That provided an additional revenue and earnings growth driver.

The takeaway for investors is clear: A key ingredient for success is to find a REIT focused on a growing property class that should support steadily rising rental rates at its existing properties while also providing the opportunity to invest in high-returning development projects. Those catalysts should enable a REIT to deliver above-average income growth, which should drive outsized total returns.

Where to look for the next CoreSite Realty

Data infrastructure remains one of those fast-growing markets. That's why infrastructure REIT American Tower acquired CoreSite. The communication tower company wanted to leverage its strong financial position and global reach to accelerate CoreSite's U.S. development pipeline. It also plans to evaluate expanding the company's operations overseas. While this year's flurry of M&A activity in the sector leaves fewer options, several compelling ones remain, including Switch (SWCH), which intends on converting into a data center REIT in 2023.

Industrial real estate is another sector with significant long-term growth tailwinds. Thanks to the accelerated adoption of e-commerce and a shift in inventory practices, the U.S. needs to build nearly 1 billion square feet of warehouse space by 2025. That should benefit industrial REITs focused on developing new warehouse space like Prologis (PLD 1.25%) and EastGroup Properties (EGP 1.44%).

The REIT had a great run

CoreSite Realty delivered the best performance in the REIT sector over the last decade. It was able to capture the upside of the fast-growing data center market by steadily developing new facilities. That gives investors a great blueprint to follow in their search for REITs likely to deliver superior performance over the next 10 years or so. It seems likely that the leaders will benefit from strong organic growth tailwinds, enabling them to capture steadily rising rental rates and high-return development opportunities.