The Rivian Automotive (NASDAQ:RIVN) hype train has cooled off a little as share prices of America's second-largest automaker by market cap are down over 25% from their high. But Rivian is still up big as investors dream of what the company can grow to become with time.

QuantumScape (NYSE:QS) and ChargePoint (NYSE:CHPT) are two businesses with footholds in their respective niches of the EV industry -- not to mention a fair share of growth prospects of their own. Here's what makes each a better buy than Rivian. 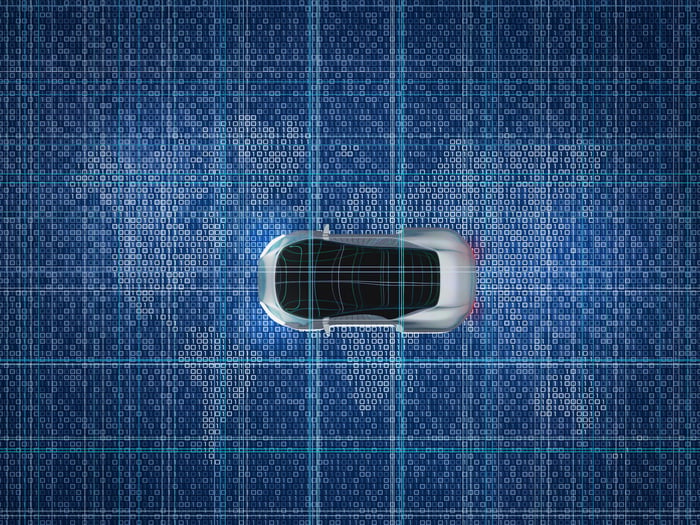 Howard Smith (QuantumScape): Investing can be about perspective, especially when looking into speculative names that have to grow into current valuations. Electric vehicle maker Rivian hit the public markets with a splash, and there's a lot to like there. Even after a pullback from an initial surge in the stock though, its valuation remains higher than both Ford  and General Motors.

Another speculative name that went through the same trajectory after going public was solid-state battery technology company QuantumScape. Late last year its market cap ballooned to almost $50 billion -- that for a company without a proven technology and no plans for commercial sales before at least 2024. In the months since its stock peaked, though, shares have come down to bring its valuation to about $14 billion, and the company has taken several steps forward in the manufacturing progress.

QuantumScape's challenge was to take a single-layer battery cell made with a solid, ceramic separator, and prove it can be manufactured and operated as a multilayer cell required for commercial use in electric vehicles. The company had initially planned to have the multilayer battery cell in testing by the end of 2021, but it announced in July that it already successfully produced the 10-layer battery cells that would be needed for commercialization. The company recently shared its performance data for the 10-layer battery cells. Jagdeep Singh, co-founder and CEO of QuantumScape, touted the results as proof that the company can scale to the needed technology and manufacturing levels. He said in a statement, "these are groundbreaking results, as we believe no other player has demonstrated equivalent performance with solid-state or lithium-metal battery technology."

QuantumScape also has a large investor that will be a ready-made customer in Volkswagen (OTC:VWAGY). The automaker has been independently testing the cells made thus far. If successful, QuantumScape's technology could be revolutionary to help overcome slow charging times and improve performance and safety versus current lithium-ion batteries. That remains a big "if" however.  But the stock has already surged, then retreated. Rivian's stock may be on the same trajectory once the initial hype fades. Investors looking to speculate in the EV sector might do better at this stage to try going with QuantumScape.

A bet on the EV industry as a whole

Zooming out, however, and the transition from internal combustion engine (ICE) vehicles to EVs takes a lot more than EVs hitting the road. A key factor in electric mobility is charging stations.

Tesla (NASDAQ:TSLA) has built its own network of over 30,000 global Superchargers. And even Rivian said it's going to build its own network too. Some legacy automakers like GM believe that incorporating charging into their dealerships would be a great way to earn extra service revenue and get customers back in the door. Then there are companies like Lucid that plan to opt-out of building their own fast-charging networks.

Lucid believes that it has a second-mover advantage in the EV space over older companies like Tesla who had to build a charging network out of necessity. The idea is that third-party companies like market-leader ChargePoint will continue to grow the size and speed of their networks thanks to demand and infrastructure spending.

Despite having the largest Level 2 charging network in the U.S., ChargePoint has a mere $8.5 billion market capitalization. Although still a long way from profitability, the company is back on its feet. It has resumed its sales growth as businesses look to offer EV charging to customers. It's also investing in residential solutions and faster DC charging.

For investors who want to make a general bet on the EV industry without staking their claim on a single automaker, ChargePoint is one of the best catch-all companies out there.

QuantumScape and ChargePoint are two picks and shovels ways of investing in the EV industry. QuantumScape's technological edge is the key to its success. Although ChargePoint exists in a largely commoditized industry, its first-mover advantage and financial resources should be enough to fuel its success. Investors are better off steering clear of Rivian in favor of these two names.