At many Thanksgiving holidays, the turkey becomes the centerpiece of the meal. But the bird has taken on a negative connotation, as to call someone a turkey means they're a loser.

While no one knows exactly how the delicious fowl became a downer, some speculate that it came from the fact that turkeys aren't the smartest birds around. Male turkeys are known to attack anything they perceive as a threat -- including their reflections. (That's surely a turkey move.)

In light of the holiday, we asked three Motley Fool contributors to share with us stories of the biggest turkeys they've encountered in their investing experience. Learn why General Electric (NYSE:GE), Getlink (OTC:GRPT.F), and a surprise turkey are their biggest losers -- and what they've learned from their mistakes. 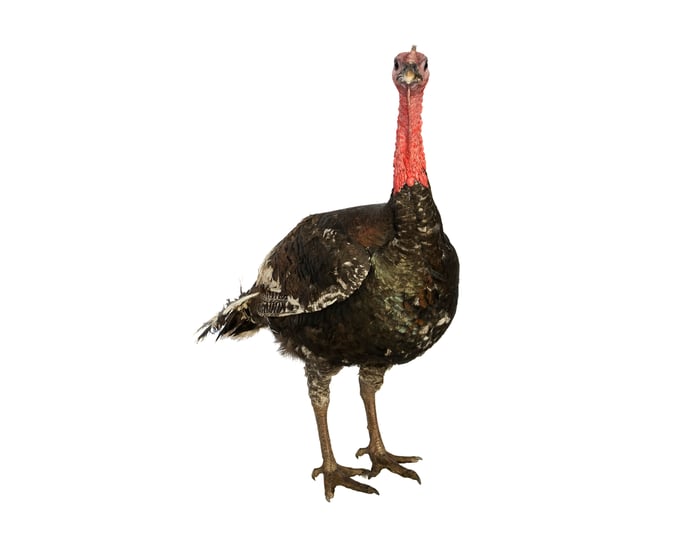 You can't judge a business only by its public perception

Chuck Saletta (General Electric): Former industrial titan General Electric will always have a special place in my heart. My first apartment out of college was on the same highway exit as its massive Evendale, Ohio, Aircraft Engines facility. At the time, General Electric held a highly respected AAA debt rating and was one of the largest and most respected companies in the world.

Both from a proximity perspective and from the "buy what you know" perspective, General Electric was a natural choice for a company that looked like it was worth owning. So when it came time for me to break away from my broker's clutches and manage my own retirement money, it was the first independent stock I ever bought in my IRA.

Fast forward almost two decades later, and my General Electric shares are worth less than half what they were when I originally bought them. In addition, after divesting large portions of its business over the last several years, the company recently announced that it's completely splitting apart its remaining business lines. It's the final swan song of a once seemingly unstoppable behemoth.

While I haven't exactly made a fortune off my General Electric stake, being a shareholder taught me lots of great lessons that I still carry with me today. In that sense, it was a very valuable investment, despite the lousy direct financial returns.

Three key lessons from that experience:

1. Believe the dividend more than you believe management. Believe it or not, General Electric once had a decades-long streak of regular increases to its dividends. When that streak came to an end, it was a clear signal that something was structurally broken with the business.

2. Understand how the business makes money. By 2007, its financial arms (GE Commercial Finance and GE Money) were generating a huge portion of its profits. For an industrial titan to be that dependent on its ability to lend money at a higher interest rate than its own cost should have been a sign that something was wrong in its supposedly core businesses.

3. Recognize which assets are risky ones. Prior to its collapse, General Electric's "financing receivables" made up more than three times the company's total net equity position. That meant that the company's entire capital structure rested on the promises that its customers made to it to pay their bills in full and on time. As it turns out, it took just one challenging financial period to bring that whole house of cards tumbling down. 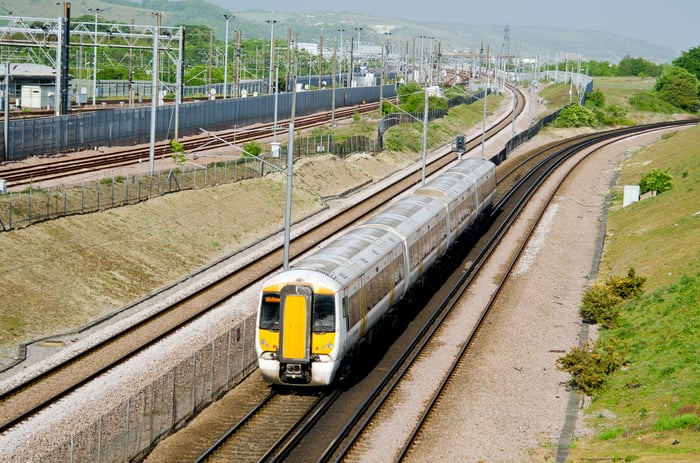 Eric Volkman (Getlink/Eurotunnel): In the late 1990s, an investor could have bought any one of a number of highly promising stocks on the cutting edge of the global economy. For example, Apple was beginning to emerge from a cocoon with the recent return of founder Steve Jobs as CEO, an online bookseller called Amazon was branching out into other products, and Booking Holdings ancestor Priceline was a leader in shaping the online travel agency business.

So with that smorgasbord of choice among bright-future stocks, what did I do with the small nest egg I had at the time? Why, this investing genius elected to put money in Eurotunnel.

Eurotunnel was -- and still is, in its present form as a company called Getlink -- the company that oversees the operations of the Channel Tunnel. This is a cargo and passenger rail tunnel under the English Channel connecting the U.K. and mainland Europe, specifically France.

I thought the Channel Tunnel was quite an asset to own. Yet I overlooked the simple fact that undersea trans-national infrastructure is painfully expensive and challenging to build.

This was only one of numerous factors that produced poor financial results for Eurotunnel. While the company was leaking rivers of money, it never stopped being plagued by wrangling between politicians in the countries served by the project, taking on scarily mounting debt, and posting frequent, ugly bottom-line losses. This wasn't just a turkey of a stock, this was a monster nightmare bird of dinosaur proportions.

I plonked down my hard-earned cash to buy 1,000 shares of this chump on the basis of a casual recommendation made over beer by my friend and colleague. He's the one who insisted the stock would always have value because of its command of the tunnel, and I blindly believed this alcohol-tinged assertion -- without making even a cursory subsequent effort at research.

Investors get burned for being lazy and not doing their homework, and I absolutely brought that fire on myself. Eurotunnel is one turkey I sure didn't enjoy eating, but I got something out of that awful meal: These days I don't skimp on research for even the smallest of investments I'm considering. 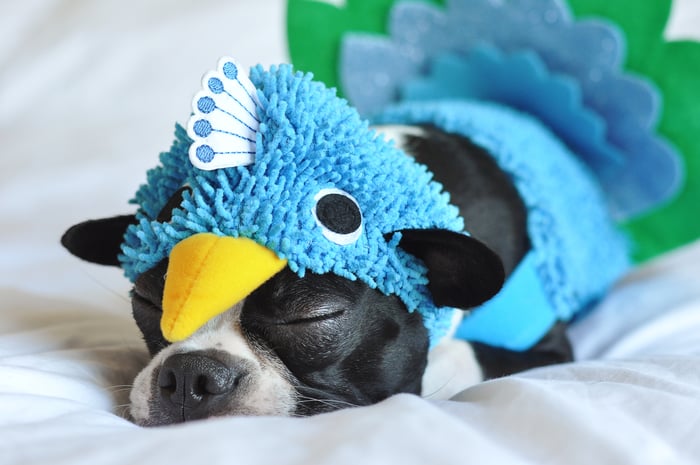 The biggest turkey of them all

Barbara Eisner Bayer: I must confess that the biggest investing turkey in my life has been myself. And it's always been the same theme: I let fear get the best of me and sell too early, missing out on some significant gravy.

First there was Starbucks (NASDAQ:SBUX). Back in the late '90s, the company decided to expand into furniture by investing in a now-defunct site called Living.com. Uh... what? Starbucks lived and breathed coffee, and I thought it was a huge mistake -- so I decided to sell all my shares. But that venture collapsed and was liquidated in 2000, and Starbucks became the great business it is today.

Many growth companies will experiment with new ideas that won't always work out. That's one of the things that makes them great companies -- the willingness to take chances. Just because management makes an error doesn't necessarily mean the business is injured beyond repair -- it's just that part of the business. And that, indeed, was the case with Starbucks, which, after that fiasco, returned to what it does best.

How big a fowl was I for selling? Let's just say that my buy-in price was a split-adjusted $4.37 a share, while at the time of this writing, it's trading for $112.22 a share. You don't need to be a mathematician to know that I would be sitting on huge profits if only I had held. And I would've been able to host Thanksgiving dinner for my entire small town.

But my biggest turkey move was Tesla (NASDAQ:TSLA). I bought in early -- in 2013, at a split-adjusted price of $10.24 -- as I thought the prospects for the electric-car maker were incredible. However, many of the more traditional Wall Street folks I knew were alarmed because, well, they thought the electric-car company would be a flash in the pan. And they pointed out to me that the profits I earned were now putting that much more of my money at risk.

As I got to know its founder Elon Musk, I got a little nervous because, although he's clearly a genius, he can say and do some crazy things. So I sold in 2018 when I decided to move to more conservative investments as I was moving closer to retirement.

What a turkey I was! My $5,120 investment would have turned into $547,775 (Tesla is trading for $1,095 as of this writing). That would've been more than enough money to buy everyone in my neighborhood -- wait, maybe even in my state! -- a turkey for Thanksgiving.

Lesson learned: If you're a buy-and-hold investor, then buy and hold. Companies and management make errors, but if the long-term investing thesis makes sense, don't panic sell -- or your potential profits will be gobbled up by bad decisions.