For some businesses, the worst of the COVID-19 pandemic is behind them, while other companies are still struggling to overcome supply chain disruption.  Entertainment titan Walt Disney (NYSE:DIS) is still operating below pre-pandemic levels, while company Airbnb (NASDAQ:ABNB) is back to high growth.

Both companies are more than pandemic plays. Looking at future potential, which company is the better buy today? 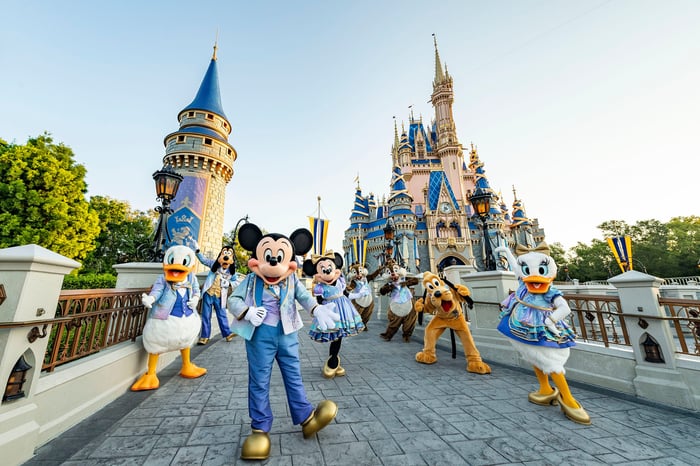 How they're doing now

Disney's business is back and running, thanks not only to its streaming efforts, but also to the parks segment, which became profitable again in the fiscal fourth quarter (ended Oct. 2). All parks are open, and cruise ships are running, although there are still some capacity restrictions.

All in all, the fourth-quarter report was positive. Revenue increased 26% year over year, and it posted a profit of $160 million after a loss last year. However, investors weren't enthused about new streaming subscriber count. Total net new Disney+ subscriptions came in at 2.1 million, a big slowdown from more than 12 million in the third quarter, and while paid subscriptions increased 60% year over year, it's the first year since launch that it didn't increase at least 100% over the prior year.

Airbnb, on the other hand, had a scorching hot quarter. Revenue increased 67% year over year to a record $80 million, and gross booking value rose 48% to $12 billion. Travel is still not back to normal, but Airbnb is already in tip-top shape. Even better, it posted a profit of $834 million after three quarters of losses.

Part of Airbnb's quick rebound is its flexible travel options. It's seen particularly high growth in stays of at least one month, which accounted for 20% of nights booked in Q3, and soaring bookings in more rural locations. It's suited to meet these nontraditional needs much more than traditional travel. 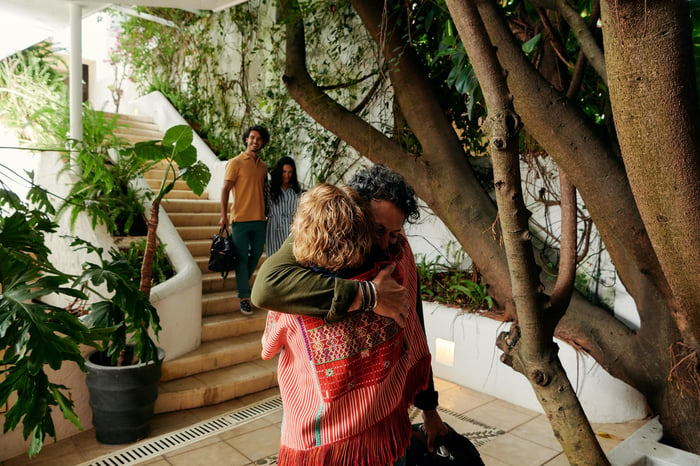 Disney's business is highly resilient for several reasons. First, it has a number of different but connected businesses that hedge against each other at any particular time. Second, its content library includes several blockbuster franchises that are challenging to compete with. Finally, it has the cash to devote to a specific area wherever it needs to refocus.

It needed to apply solutions to the sagging parks business as it dealt with restrictions beyond its control, and it's seeing success with some new offers that are attracting customers and increasing sales. For example, it rolled out a new annual membership program called Magic Key, and the highest tier, for $1,399, is already sold out.

And its streaming business is chugging along nicely. Despite the underwhelming new subscriber count in Q3, management says it's not a linear process and it's maintaining its overall targets, expecting 230 million to 260 million paid subscribers and profitability by 2024. It has 340 titles in some form of development to be released over the next three years, and with its stellar creative studios, these are the meat of streaming business.

Airbnb is seeing strong demand continuing into 2022, and as vaccination rates rise and travel increases, it's well-positioned to benefit. It launched a new playbook last year with 100 improvements to upgrade its service for both hosts and guests, and it's planning to release another 50 upgrades this coming winter.

CEO Brian Chesky said on the recent earnings call, "For the first time ever, millions of people can now travel anytime, anywhere for any length, and even live anywhere on Airbnb." That's already fueling higher sales, but the opportunity is simply explosive. No other travel company can match Airbnb's more than 4 million rentals (and growing), and Airbnb has massive growth potential.

Let's take a look at how their stocks stack up against each other, and vs. the broader market.

The market is finally liking Airbnb, after its stock tanked last year, while Disney stock got slammed after its earnings report, bringing its five-year stock gains down to a paltry 63%.

I think we're even past the stage where Airbnb looks like a risk. It's demonstrated over the past year that it has a solid model, pointed advantages over traditional travel, and disciplined management. The only factor weighing on it right now is valuation, trading at 227 times forward one-year earnings. That's definitely a premium price to pay for a stock.

Disney and Airbnb are both great stocks to own with plenty of future growth opportunities, but right now, Airbnb is looking good to me.