When Warren Buffett invests, people pay attention. His holding company, Berkshire Hathaway (NYSE:BRK.A)(NYSE:BRK.B) owns shares in dozens of companies as well as parts of or whole companies themselves, and it has amassed fabulous wealth for Buffett and his investors.

Buffett has a very specific investment strategy focused on value investing, or buying shares of companies that are undervalued relative to their intrinsic worth. Many of Berkshire's latest holdings are in companies you know and use every day, such as Coca-Cola and American Express. These companies are usually mature and trade at low valuations. High-growth companies that aren't yet profitable or trade at expensive valuations usually don't make it into Berkshire Hathaway's portfolio. Smaller companies usually don't make the cut because they aren't big enough yet to make a material difference to Berkshire's bottom line. If Berkshire was interested in a small company, it would more likely just buy it outright than buy shares.

It's for these reasons that Buffett and Berkshire likely won't be buying shares of Global-e Online (NASDAQ:GLBE) anytime soon. But you can. And maybe you should. 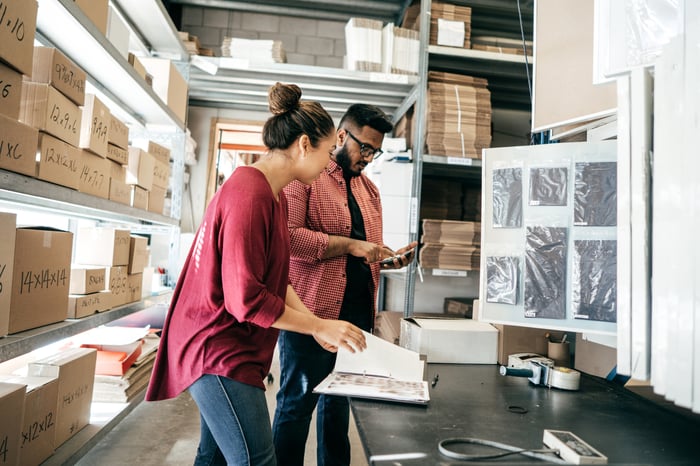 Global-e is becoming a leader in international e-commerce solutions. It boasts an impressive client list, including French luxury company LVMH, Hugo Boss, and Sigma Sports, as well as partnerships with e-commerce brands like Shopify (NYSE:SHOP) and Klarna, with which it supports an easy integration.

It works with both large and small clients, helping them manage things like local currencies, instant customs and shipping calculations, and localized checkout in 30 languages. Its technology-driven platform helps streamline solutions and improve the international checkout experience. A recent example is the vegan shoe brand Native Shoes' efforts to improve its international e-commerce. Global-e helped it boost international revenue 92% the first year and 40% more the second year.

Global-e is definitely in the right place at the right time. E-commerce exploded during the pandemic, and for many local merchants, both big and small, the next step in growth is international markets. Companies such as Nike and Amazon already count international markets as an important element of their businesses, and entering other regions successfully will become even more important as online shopping and social media open up customers to products they would never have seen before. Companies that don't follow up on this strategy are likely to fall behind companies that do.

Global-e isn't the only operator in this space. A top competitor in cross-border commerce is Borderfree, which was acquired by postal operator Pitney Bowes in 2015. It services several large retailers, including Macy's and Nordstrom.

Global-e's advantages relate to its data-driven technology. As for the competition, management says, "We believe that none of these providers have the combination of track record, variety of merchants, scale, feature set and data, to match Global-e's overall offering." In other words, the company is aggressively innovating to offer better features and more options. This creates a flywheel effect as it scales and adds more data into its product development.

Beginning with a flourish

Global-e's most recent earnings report (released Nov. 9) suggests the company is succeeding in its efforts. In the third quarter, revenue increased 77% year over year to $59 million, and gross merchandise volume (GMV) increased 86% to $352 million. Adjusted EBITDA (earnings before interest, taxes, depreciation, and amortization) improved from $2.7 million to $7.7 million.

A Forrester Research report projects a total addressable market of $736 billion by 2023, of which Global-e has a tiny slice. It's growing both through signing up new merchants as well as expanding its relationships with current merchants, and it sees a natural progression of increasing GMV as trends move toward cross-border e-commerce.

The company went public in May at $25 a share and its stock price is up about 130% since then. That means its stock is already highly valued, trading at 43 times trailing 12-month sales. Global-e reported being profitable in 2020. With the IPO this year and heavy expansion efforts that include developing a relationship with Shopify, it posted a net loss the past two quarters.

Global-e is a fast-growing company with a wide opportunity. Its stock is also expensive at the moment and has been volatile recently. It's a little too risky as an investment for Warren Buffett, but risk-tolerant investors might want to consider buying shares.