Stocks aren't cheap by most gauges these days, but it doesn't mean that there aren't bargains to be had. Walmart (NYSE:WMT), Walt Disney (NYSE:DIS), and Sirius XM Holdings (NASDAQ:SIRI) are some of the stocks trading at depressed levels right now.

They are blue chip bargains, something that we're not seeing a lot of with the market soaring this year. Let's take a closer look at what makes these dirt cheap stocks that could skyrocket. 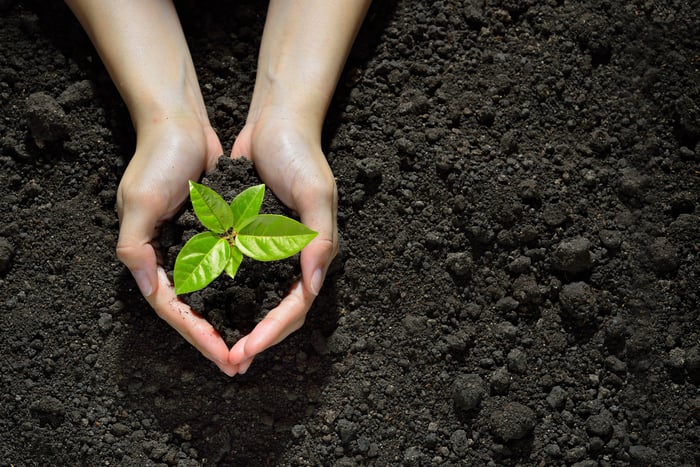 The country's largest retailer is a surprising laggard this year. Walmart shares are up a mere 2% in 2021 despite strong sales that jibe with the overall buoyant economy. The chain has prospered through the pandemic, and its Sam's Club warehouse club concept is faring even better.

It's hard to find the flaws in the mass market discounter that Sam Walton built. It has easily exceeded Wall Street profit targets through its first three quarters of fiscal 2022. Comps rose 9.2% in its latest quarter. We're seeing strong year-over-year store-level comparisons from chains that were depressed last year, but that's not Walmart. It was growing nicely last year, too, and its two-year comps stack is up a hearty 15.6%.

Walmart raised its guidance when it reported fresh financials last week. It now expects to post an adjusted profit of $6.40 a share for the fiscal year it will wrap up at the end of January. Walmart at 23 times this year's projected earnings may not seem cheap, but with fast-growing e-commerce, grocery delivery, and curbside pick-up businesses thriving Walmart deserves a market premium. The 1.5% dividend yield -- coming from a Dividend Aristocrat with 48 years of payout hikes -- is the cherry on top in this climate of low interest rates.

The House of Mouse is another name that may not seem cheap going by historical profit multiples. Even if we go out to the next fiscal year to see Disney deeper into its turnaround, the stock is trading at 30 times that year's profit target.

Disney is another surprising slowpoke in 2021. It's the largest U.S. company to be trading more than 10% lower this year. A lot has gone right for Disney this year as the economy starts to reopen. Its theme parks are profitable again. Its cruise ships are sailing again. It's putting out the biggest movies of the year now that multiplexes are starting to get busy again.

What is holding the stock back? Well, Disney+ is keeping the media giant from rising in more ways than one. The stock has been weak as Disney+ subscriber counts are slowing, and since the business isn't expected to be profitable until 2024 it's a drag on the family entertainment behemoth's bottom line. It's not fair to penalize Disney for the upstart costs of a bar-raising platform that has made it a major player in the booming streaming space. Disney is cheaper than the headline valuation metrics seem to suggest.

Let's pump up the volume on the last pick. Sirius XM Holdings -- like Disney -- is another surprising stock that is trading lower this year. The country's only provider of satellite radio services is benefiting from folks driving again.

A dozen years ago Sirius XM was on the brink of bankruptcy, but now it's a thriving platform generating gobs of free cash flow that it uses to buy back stock and reward investors with a growing quarterly dividend. The stock is now fetching less than 20 times this year's projected earnings, and between its namesake satellite radio monopoly and its Pandora streaming service it has a firm grasp on audiophiles no matter where they roam.