Rental rates are rising through the roof.

Demand for commercial real estate is ridiculously hot right now, especially across the Sun Belt region. That was evident by the rental growth numbers reported by real estate investment trusts (REITs) focused on that region for the third quarter. 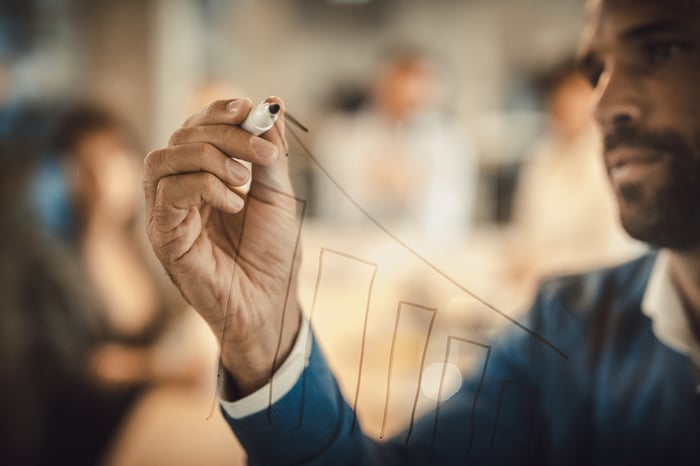 23.1% rental increase for these office buildings

There's been a lot of talk about the death of the office. However, it seems like the rumors of its demise have been greatly exaggerated, at least in the Sun Belt region. That's evident in the rental growth rate captured by office REIT Cousins Properties (CUZ -2.44%).

Cousins Properties owns class A offices in some of the country's fastest-growing cities, including Austin, Atlanta, and Phoenix. Because of that, demand for space in its buildings is strong. The company noted that it leased almost 600,000 square feet of space during the quarter and that rates on these new leases were 23.1% above the rates on the leases they replaced. That was the largest increase in rates the company has seen in six years. The company has signed more than 1.4 million square feet of leases for the year at rates 16.8% above prior leases.

One of the biggest drivers of office demand in the Sun Belt region is that more and more companies are relocating and expanding in those metro areas. Cousins noted that 84% of the leases it signed during the period were for new or expansion space. Even better, CEO Colin Connolly stated: "Looking forward, demand for new, efficient, and highly amenitized office space in our Sun Belt markets continues to accelerate, and we have assembled a portfolio that is in a terrific position to meet this demand." That suggests the company should continue to benefit from rising rental rates.

19.8% rental increase for these apartment leases

The company noted that this strength in lease rates carried over into October. Rates on new leases rose 18.3%, while renewals jumped 13.8%.

Several factors are driving the surge in rental rates. For starters, demand for apartments is rebounding as the economy improves. Another demand driver is that surging home prices is making it more affordable to rent in many markets. Meanwhile, supply is limited, which is driving up occupancy levels. Camden reported 97.3% occupancy in the third quarter, up from 95.5% in the year-ago period. With fewer available units, landlords like Camden can raise rents as market conditions tighten.

37.4% rental increase for these industrial properties

Demand for warehouse space has boomed during the pandemic. It has accelerated the shift toward e-commerce while also causing businesses to rethink their inventory management strategies. Because of that, rental rates on warehouses are skyrocketing.

While EastGroup is benefiting from the overall surge in demand for warehouse space, it's also getting an additional boost from the Sun Belt migration trend since it focuses primarily on fast-growing markets in the South. Because of that, it should continue benefiting from those dual tailwinds, which should enable it to capture strong rental growth rates in the coming quarters.

Rents are rising fast across the Sun Belt region

Due to their overall affordability and more business-friendly climates, companies and people continue to relocate to large metro areas in the Sun Belt region. That's driving jaw-dropping surges in rental rates for office space, apartments, and warehouses. That trend will likely continue benefiting these REITs for the foreseeable future as existing leases expire, in turn allowing them to capture higher market rates.

Want to Get Richer? Invest In These 3 Stocks and Wait 10 Years

You Won't Want to Miss This Dividend Stock's Bright Future