Finding quality stocks isn't always a simple task, but thanks to the magic of the internet, it is now easier than ever to find inspiration from some of the most recognized names in the game. One such famous figure is Cathie Wood, CEO of the investment management firm ARK Invest.

Wood's actively managed ETFs famously crushed the market in 2020 -- despite the struggles brought forth by the coronavirus outbreak. But many of Wood's picks are more than just pandemic plays. Below are two Cathie Wood stocks that could perform well for many years to come. 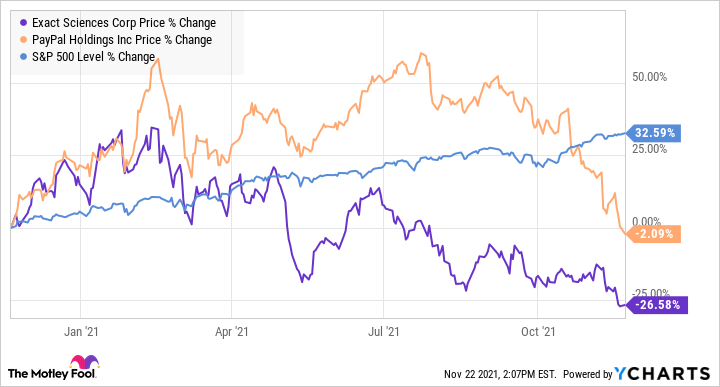 1. A leader in the cancer diagnostics market

Cancer is one of the world's leading causes of death, but one way to prevent the worst outcome is by catching the disease early. That's where Exact Sciences (NASDAQ:EXAS) comes in. One of the company's key products is Cologuard, a non-invasive test for colon cancer. It is recommended that those who are at average risk of colon cancer -- i.e., who do not have personal or family history of the disease or some other contributing factor -- start regular screenings at the age of 45.

Since this form of cancer generally starts as a noncancerous clump of cells in the colon, it is possible to detect it very early, at which stage it is highly treatable -- the survival rate is over 90% when caught early. But it remains the second-leading cause of cancer deaths in the U.S., with 53,000 thousand annual victims. In other words, not enough eligible people are getting screened. Exact Sciences sees an $18 billion addressable market for colon cancer screening in the U.S. alone.

In the first nine months of the year, the company's screening revenue -- which it generates primarily through the sales of Cologuard -- was $784.6 million, representing a 38.8% year-over-year increase.

Even if Exact Sciences manages to grab only a portion of this addressable market, it will help the company's screening revenue continue on its upward trajectory. But Exact Sciences does have other products, including the Oncotype Dx tests, which can predict the probability of breast cancer recurrence and whether patients will benefit from chemotherapy.

Exact Sciences also owns CancerSEEK, a blood test that can detect multiple forms of cancer at an early stage. The company estimates its combined total addressable market in these fields (not including colon cancer screening) to be worth $40 billion. The company recorded total revenue of $1.3 billion in the first nine months of the year, a 26.2% increase compared to the year-ago period.

After crushing the market in 2020, Exact Sciences' shares have lagged the market this year as investors have largely shifted away from high-growth companies that aren't yet profitable. That makes it an excellent opportunity for investors to jump in on this promising healthcare stock.

2. This fintech superstar is just getting started

Add PayPal (NASDAQ:PYPL) to the list of companies that haven't had the best year. The tech giant did perform well amid the pandemic, but it's been a different story in 2021. With that said, I think PayPal's struggles are temporary -- and there's a long runway of growth ahead for the fintech company. The digital payments industry is projected to continue expanding rapidly in the coming years, and as one of the leaders in this space, PayPal is well positioned to benefit.

Here are just two of the opportunities that can help PayPal improve its financial results. First, PayPal recently announced a partnership with Amazon that will allow customers in the U.S. to pay for purchases on the e-commerce platform through PayPal's Venmo starting in 2022. PayPal was the payment processor of choice on eBay for years. But in 2018, it lost that role to Adyen. 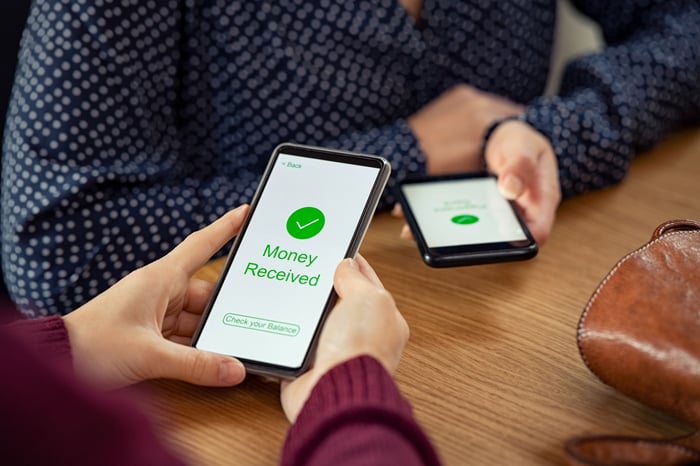 According to a survey of Venmo's users, 47% of them would be interested in paying through the app when shopping with merchants. The peer-to-peer payment app ended the third quarter with more than 80 million users. PayPal charges customers fees when they use the Pay with Venmo feature.

If even a fraction of the company's members on Venmo start checking out using the P2P app regularly on Amazon, it could have a meaningful impact on PayPal's top line. That's why CEO Dan Schulman called the deal with Amazon "a very significant moment in our Venmo monetization efforts."

Second, in September, PayPal announced the acquisition of Paidy, a buy now pay later (BNPL) company based in Japan. BNPL -- which offers convenient, flexible, and interest-free payment solutions -- has been gaining ground lately.

These opportunities -- and others -- are why investors shouldn't give up on PayPal just yet, despite its poor showing this year. PayPal's acquisition of Paidy, which is set to close in the fourth quarter, cost the company $2.7 billion in cash. BNPL could provide yet another boost for the company. PayPal has only begun to tap into its addressable market, and a bright future awaits the company and its shareholders.