After working together for a time to produce an electric vehicle (EV) in alliance, Ford Motor Company (NYSE:F) and Rivian Automotive (NASDAQ:RIVN) canceled their plans publicly on Friday, Nov. 19. Ford's CEO Jim Farley said Ford is now confident it can design and manufacture EVs on its own. The market reacted by bidding Ford's stock down slightly, while Rivian's shares jumped more than 4% before the close of Friday trading. However, this response may be overlooking a potentially strong upside for Ford. 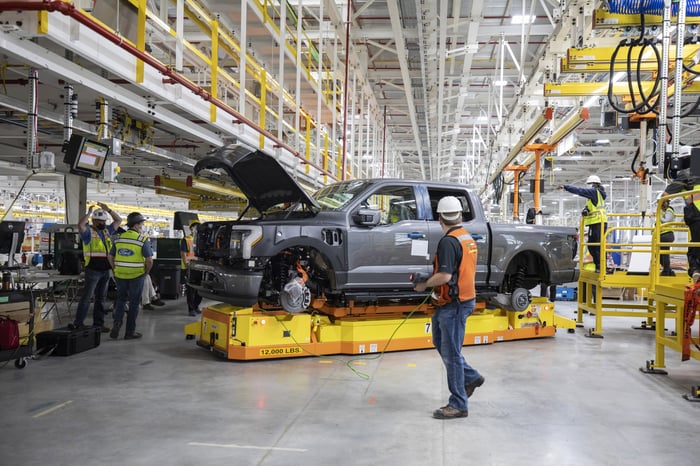