A short squeeze appears to be underway.

Shares of Longeveron ( LGVN -7.92% ) were skyrocketing 72.9% as of 11:51 a.m. ET on Wednesday after more than doubling earlier in the day. The company didn't report any new developments. So what's behind the huge gain?

An epic short squeeze appears to be underway. Longeveron announced on Nov. 18 that the U.S. Food and Drug Administration (FDA) granted a Rare Pediatric Disease designation to experimental drug Lomecel-B in treating a rare congenital heart defect. Since then, the company's shares have vaulted close to 11 times higher. The big increase was fueled by short-sellers closing their positions. 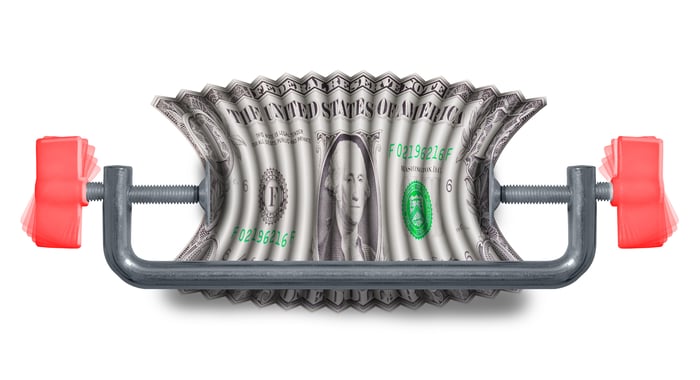 Riding a short squeeze can result in significant returns very quickly, if you jump aboard early enough. The problem is that these squeezes typically don't last long. When a short squeeze ends, stocks usually fall nearly as rapidly as they rose.

Anyone considering buying shares of Longeveron at this point should exercise caution. The stock could soon give up much of its gains from the past few days.

There are several milestones to look forward to with Longeveron after the short squeeze plays out. The company expects to kick off its phase 2 study evaluating Lomecel-B in Alzheimer's disease and a Japanese aging frailty study by the first quarter of 2022. The company also plans to report results from a phase 1/2 aging frailty study in the first quarter.