The metaverse, which blurs the lines between the physical and digital worlds, has become a hot topic over the past year. The concept isn't new, since miniature metaverses already exist within multiplayer video games, virtual and augmented reality experiences, and social networking platforms.

But as the world's computing hardware improves and internet speeds increase, many tech companies expect those silos to merge into an omnipresent digital fabric that will enable users to seamlessly shift in and out of virtual worlds and augmented reality experiences.

Two tech companies that are frequently mentioned in those conversations are Meta Platforms (NASDAQ:FB), the company formerly known as Facebook, and Roblox (NYSE:RBLX), the popular game creation platform. Let's compare the core businesses of Meta and Roblox, their plans for the metaverse, and see which is the better overall investment on this secular growth trend. 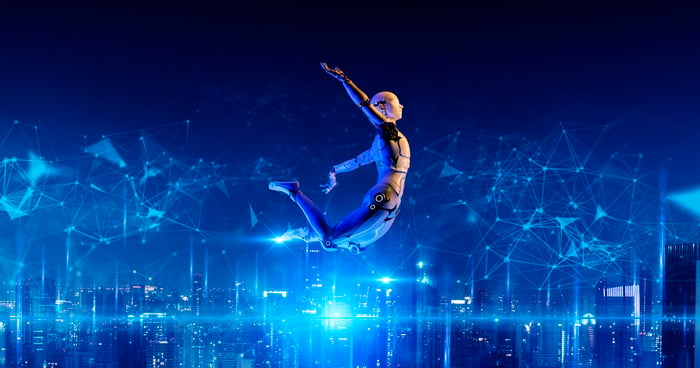 Meta generates most of its revenue from Facebook and Instagram's ads. An expanding sliver of its revenue comes from its Oculus VR headsets and Portal smart screens, which both extend its ecosystem beyond PCs and phones. Facebook recently added a pair of Ray-Ban smartglasses to that hardware lineup, and it plans to release additional AR devices in the future.

Roblox is a lot smaller. It ended last quarter with 47 million DAUs, and most of its users are still children under the age of 13. Roblox is popular with kids because they don't need any coding knowledge to create games with its simple block-based platform. It's also easy to share those games with other users and monetize them with an in-game currency called Robux.

Roblox generates most of its revenue by selling Robux to its users. It also sells monthly subscriptions, which cost between $4.99 to $19.99, granting monthly stipends of discounted Robux, exclusive items, and other perks to the buyer.

Meta's revenue rose 22% to $86 billion in 2020, even as the pandemic throttled its advertising growth in the first half of the year. Its net income increased 58% to $29 billion.

This year, analysts expect Meta's revenue and earnings to grow 37% and 38%, respectively, as the pandemic-related headwinds wane. However, the company expects its near-term growth to be affected by Apple's privacy update on iOS (which enables its users to opt out of data-tracking features) as well as antitrust and privacy-related regulatory challenges.

Roblox's revenue soared 82% to $924 million in 2020 as the pandemic forced more students to stay home and spend more time on the platform, but its net loss widened from $71 million to $253 million.

Many investors expected Roblox's growth to decelerate as the pandemic passed and more schools reopened. But that slowdown hasn't happened yet: It generated triple-digit sales growth in the first three quarters of 2021, and analysts now expect its full-year revenue to soar 196% to $2.73 billion.

However, Roblox's net losses are still widening -- mainly due to its high stock-based compensation expenses and cash payments for creators who exchange their Robux back to real-world currencies.

Which company is the more promising metaverse play?

Meta is building its metaverse on top of its VR subsidiary Oculus. Oculus has sold about ten million Quest 2 headsets worldwide since its launch last October, which gives Meta a firm foundation to launch new games and non-gaming experiences for the metaverse. 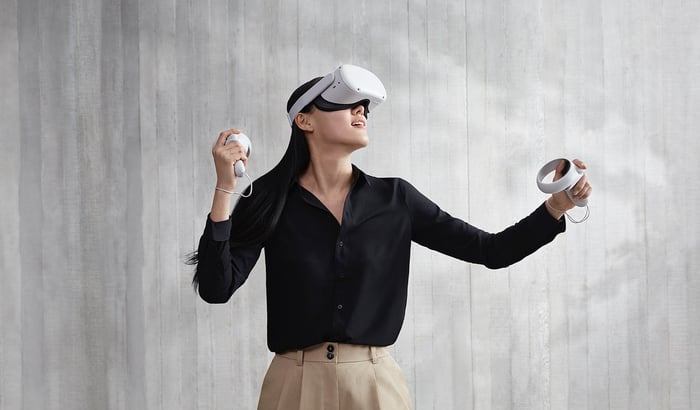 On the gaming front, Meta is gobbling up popular VR game developers such as Beat Games, Downpour Interactive, and BigBox to create more content.

Meta CEO Mark Zuckerberg also said its new Ray-Ban smartglasses, which enable its users to easily share photos and videos on its social networks, were off to a "strong start" during last quarter's conference call.

On their own, these businesses won't offset Meta's dependence on ads anytime soon. But over the long term, they could converge, enable Meta to blend together the physical and virtual worlds, and lock in more users.

Roblox's approach is simpler. Its gaming platform is already a self-contained metaverse, but it's encouraging big brands -- like Nike -- to build branded virtual worlds within its ecosystem.

This approach, which is similar to Epic Games' big collaborations with brands and celebrities in Fortnite, could enable Roblox to generate fresh revenues from brand partnerships and reduce its overall dependence on Robux sales.

But which is the better metaverse stock?

First, Roblox's platform is simpler, it's filled with young consumers, and it offers brands a much easier way to enter the metaverse by building virtual worlds. Second, it doesn't face as many regulatory headwinds as Meta -- which could face a lot of resistance as it tries to unite its massive platforms. Lastly, Roblox will likely grow much faster than Meta for the foreseeable future thanks to the platform advantage and a friendlier regulatory environment.