The marijuana boom during the pandemic boosted U.S. cannabis companies' revenues. Even though the recent third-quarter results for some weren't up to the mark, revenue still keeps growing. Most of the domestic cannabis growers have established a strong market presence with wise growth strategies.

As state legalization ramps up and the prospect of federal legalization rises, the domestic players will have ample opportunities to expand. Among them, Trulieve Cannabis (OTC:TCNNF), Cresco Labs (OTC:CRLBF), and Green Thumb Industries (OTC:GTBIF) are my current favorites. These three pot stocks are headed for a bull run as the industry evolves. Let's take a look at why. 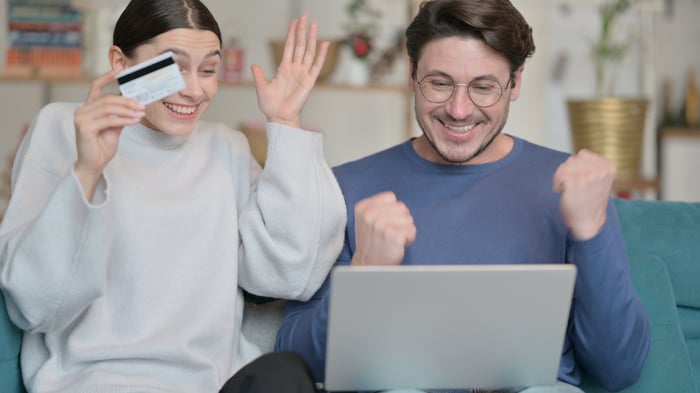 The hot Florida-based pot company Trulieve Cannabis is flourishing this year. After establishing dominance over the Florida medical cannabis market, the company is slowly targeting other key cannabis markets as well. It operates 112 stores in its home state and 160 nationally. When Florida legalizes recreational cannabis (developments are ongoing), Trulieve will have a competitive edge over its peers.

The company recently reported yet another blockbuster quarter -- its 15th consecutive profitable quarter. Its net revenue for the third quarter grew 64% year over year to $224 million. For Q3, adjusted EBITDA jumped 43% to $98 million from the year-ago period, while net profit surged 7% to $19 million from Q3 2020.

On a combined basis, net revenue came in at approximately $316 million, net loss at around $9.8 million, and an adjusted EBITDA of around $121 million for Q3. (The combined results also included preliminary Q3 estimated results for Harvest Health, the acquisition of which was finalized in October.)

From just 47 stores at the start of 2020 to 160 now, Trulieve's aggressive expansion shows the company is set for a lucrative future.

Unlike its peers, this Illinois-based multi-state operator doesn't have a vast presence yet -- but even with 40 stores, it has made a name for itself. In its recent third quarter, total revenue jumped 41% year over year to $215 million. Cresco's smart strategy of targeting limited-license markets (Pennsylvania, Illinois, and Ohio) has favored higher revenue. Due to the federally illegal status of cannabis, these states are careful of the licenses they issue, restricting competition. This helped Cresco garner a loyal customer base for its products like Mindy's Edibles, High Supply, and more that brought in around $106.2 million in retail revenue in Q3. Wholesale revenue of $109.3 million contributed 51% of total revenue.

Adjusted EBITDA came in at $56 million, compared to $40 million in the year-ago quarter. The company did record a net loss of $263,000 compared to a net profit of $25 million in Q3 due to a non-cash impairment charge of around $290 million. Management stated on the earnings call the charge was in connection with its "exit from third-party distribution agreements in California."

Despite the net loss, Cresco reaffirmed its 2021 guidance:

With good expansion plans, a stable balance sheet, and rising revenue, the company is poised for a strong future.

Illinois-based Green Thumb Industries is also turning heads with its exceptional performance -- its recent third-quarter results are proof of that. Increased traffic from 65 of its operating dispensaries drew in a 49% year-over-year surge in total revenue to $233.7 million. It also recorded GAAP net income of $20.8 million, versus a net profit of $9 million in the year-ago period, which marked its fifth consecutive quarter of profitability.

Its aggressive expansion plans are evident from its 13 new store openings this year. It still holds 114 retail store licenses in 14 U.S. markets -- though the company hasn't disclosed yet when it plans to use them. When it does, it will have a much stronger hold in the national market. Management believes the cannabis industry could triple in the next 10 years, and stated the company is "laying tracks for strong growth in 2022, 2023, and beyond."

After establishing a strong presence in its home state, Green Thumb is set to take advantage of the new recreational market in Virginia. Its recent acquisition of cannabis grower and producer Dharma Pharmaceuticals will help with that.

Analysts see respective upsides of 120%, 68%, and 74% for Trulieve, Green Thumb, and Cresco Labs in the next 12 months. All three cannabis growers are on track to achieve $1 billion in revenue and more as estimated by analysts, which could further fuel their stock prices over the long run. Investors who buy today will need a healthy appetite for risk and a long time horizon, but the upside could certainly be worth it.