Finding stocks that could generate 1,000% returns in the next 10 years is not an easy task. However, based on the market's history, it is possible to make some educated guesses.

Historically, small-cap or mid-cap companies with differentiated products or services, first-mover advantages, solid management, and rapidly improving financials have been the ones to achieve this feat in the long run. However, these stocks tend to be more volatile than the overall market. Investors need to accept the high risk with the high return potential.

Building on this idea, Confluent (NASDAQ:CFLT) and Latch (NASDAQ:LTCH) seem to be two stocks that fit the bill. Both companies are disruptors in their respective niches and offer differentiated solutions to important problems. Let's see why these two stocks can prove to be attractive picks for the next decade. 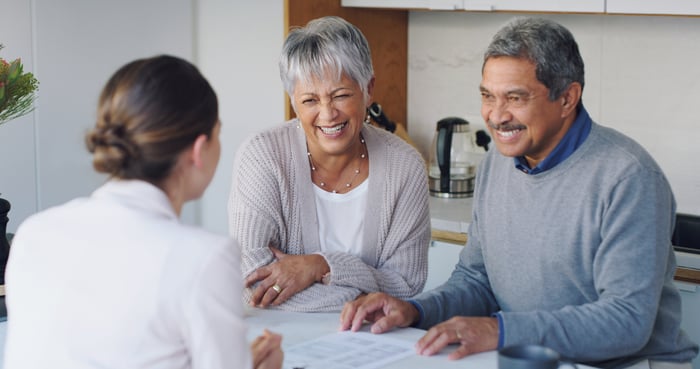 Enterprises are increasingly dependent on analyzing and mining data stored in databases to improve productivity, optimize costs, and identify new business opportunities. However, in many cases, data is most useful if analyzed and utilized in real-time.

Confluent offers subscription-based solutions to this problem with the fully managed Confluent Cloud and self-managed Confluent Platform, built on the open-source Apache Kafka project. Kafka has emerged as the industry standard for reliable, real-time data processing at scale.

Since over 70% of Fortune 500 companies use Kafka, Confluent has been quite successful at attracting clients ready to outsource their real-time data analysis activities. It also helps that the founders of Confluent are creators of the open-source Apache Kafka project, which makes the company one of the best-suited to operate this system.

In the third quarter (ended Sept. 30, 2021), Confluent's total customer count soared by 75% year over year to 3,020, while the number of customers raking in annual recurring revenue over $100,000 jumped 48% year over year to 664. The company also reported a net retention rate of over 130% (existing customers spent over 30% more in the third quarter as compared to the same quarter of the prior year), highlighting the success of Confluent's cross-selling and pricing strategy.

Confluent has been growing its revenue at a fast clip for several quarters in a row. In the third quarter, the company's revenue soared 67% year over year to $103 million. The company's cloud revenue grew 245% year over year to $27 million, at a much faster pace than the overall business. Subscription revenue accounted for 90% of the company's total revenue, highlighting significant revenue visibility. The company's current remaining performance obligations (cRPO), an indicator of the revenue-earning potential in the next 12 months, was also up by 65% year over year to $256 million and accounted for 67% of the overall RPO. Confluent, however, is not yet profitable or free cash flow positive. This is not unusual for an early-stage high-growth company that prioritizes market share over immediate profits.

Confluent is targeting an addressable market worth $50 billion, expected to grow to $91 billion by 2024. With trailing-12-month revenue of just around $338 million, this first-mover company in the Kafka space led by visionary founders has huge room for further growth in the coming years.

Latch offers a software-as-a-service solution called LatchOS, which comprises software applications and device hardware to handle the security needs of real estate operators, service providers, and residents. The company is currently earning most of its revenue from product sales to new and existing houses (retrofit products). Currently, 3-in-10 new apartments in the U.S. are being fitted with Latch products. However, once these apartments become operational, Latch's installed hardware base will translate into significant recurring software revenue. This will lead to improved revenue visibility.

Latch reported success in its cross-selling strategy, as evidenced by the third-quarter attach rate of 83% (a metric highlighting the demand for incremental LatchOS modules from existing customers). Increased cross-selling activity will translate into higher margins and improved customer long-term value for the company.

Latch is spending heavily on marketing and research activities and is not yet profitable. However, this is quite common for an early-stage disruptive technology company focused on market share growth. The company estimates its annual market opportunity in the U.S. and Europe to be $54 billion and $90 billion, respectively. With a penetration of less than 1% in the U.S. market (as of December 2020) and hardly any presence in the European market, there is much room for the company to grow in the coming years. The company also has a strong balance sheet with hardly any debt and $240.3 million cash, which can support its heavy spending for the coming months.

Despite these strong metrics, sentiment for the company is quite weak. In October 2021, Goldman Sachs pointed out delays in the residential construction market amid supply chain (labor and material) shortages, expected to persist in 2022. This headwind has increased uncertainty about the actual conversion of bookings into revenue for the company. While this concern should not be ignored, the recent pullback in the face of temporary supply chain challenges seems exaggerated and can provide an attractive entry point for investors.