Inflation is almost certainly going to be a central theme for investors in 2022. By the end of October, the Consumer Price Index (CPI) was up by a whopping 6.2% for the year, according to a report from the U.S. Bureau of Labor Statistics. That's the largest increase in the CPI in more than three decades. Moreover, core inflation, which is a less volatile metric than CPI as it excludes food and energy prices, was also up by an unsightly 4.6% for the year at the close of October. Core inflationary rates haven't been that high since 1991.

How can investors protect their portfolios from this surge in inflation? While no single strategy is sufficient to guard your portfolio from the threat of rising prices, investors should consider owning a few stocks that offer dividends with yields that are either greater than the anticipated rise in the cost of goods and services or at least keep pace with inflation rates over the next 12 months. The problem with this approach, though, is that the vast majority of stocks with annualized dividends of 6% or higher simply aren't worth owning. Companies with ultra-high yields, after all, tend to have serious underlying problems.

Icahn Enterprises (NASDAQ:IEP) and Takeda Pharmaceutical (NYSE:TAK) are two of the few exceptions to this general rule of thumb. Here's why these two ultra-high-yield dividend stocks might be worth owning as a hedge against inflation in 2022. 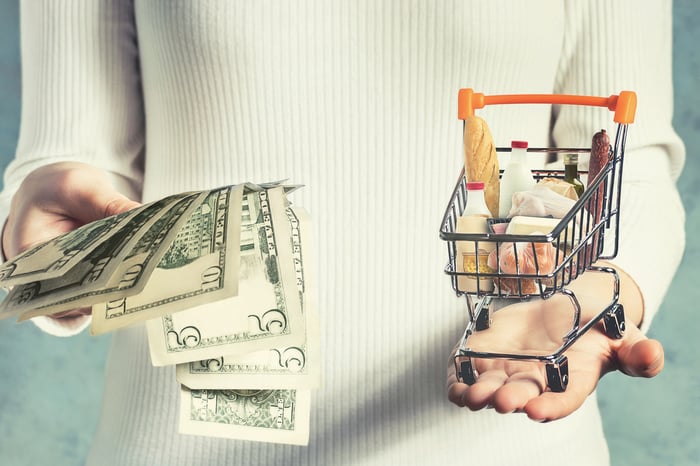 A sky-high yield investors can bank on

Icahn Enterprises is a diversified holding company named after its founder and top shareholder, Carl Icahn. The company holds positions in a wide swath of industries, including automotive, energy, food packaging, metals, real estate, home fashion, and pharmaceuticals. Icahn Enterprises takes an activist approach to investing. An activist investor is a shareholder who uses an outsize equity stake in a company to influence management. While numerous funds and fund managers have tried their hand at activist investing in the past, Icahn Enterprises is the undisputed king of this aggressive strategy.

Consider that the company has generated an eye-popping 2,003% total return on capital for its unitholders since Jan. 1, 2000. One of the key reasons Icahn Enterprises has performed so well over this 21-year period is its enormous distribution yield to unitholders, which currently stands at 15.8% on an annualized basis. Now, Icahn Enterprise's 12-month trailing payout ratio does come in at a rather worrisome 2,500%. But in its in third-quarter conference call only a few weeks ago, management reaffirmed the latest quarterly distribution figure of $2 per unit. 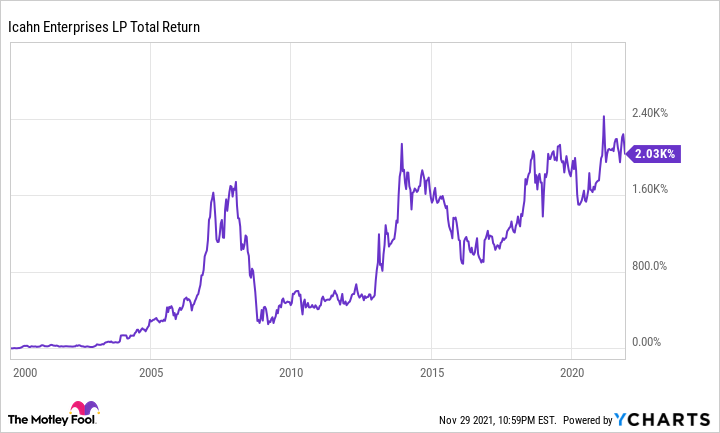 A deeply discounted pharma stock with a really big yield

Japanese drugmaker Takeda Pharmaceutical has lost more than a quarter of its value this year. Investors have fled this big pharma stock for a multitude of reasons in 2021. Among the most pressing concerns, Takeda is staring down the patent expiration for the top-selling ADHD drug Vyvanse in 2023; its hereditary angioedema drug Takhzyro is under pressure from BioCryst's oral medication, Orladeyo; and the company is straddled with high levels of debt because of its 2019 acquisition of rare-disease giant Shire.

It isn't all doom and gloom for Takeda, however. First off, the drugmaker's annual dividend yield has ballooned to a noteworthy 6.2% because of its falling share price in 2021. Second, Takeda recently announced a sizable share repurchase program in response to its rock-bottom valuation. Third, the pharma giant's stock is currently trading at between 1.67 times 2024 sales under a worst-case scenario, and 0.8 times at best. Either of those forward-looking valuation scenarios represents a nearly unheard-of valuation for a major drug manufacturing -- strongly suggesting that the market has gotten way too pessimistic about Takeda's future.

All told, Takeda stock should be close to a bottom at this point. The pharma giant, after all, sports one of the best shareholder rewards programs in the entire industry.