Sundial Growers (NASDAQ:SNDL) has come a long way since its explosion onto the public scene and its brief tenure as a meme stock. Formerly a small regional marijuana company in Canada, Sundial has effectively leveraged its popularity to become something more than a cannabis seller, and it now has a shot at becoming a serious player in the industry.

Still, Sundial is, in my opinion, one of the most misunderstood cannabis stocks, and its value proposition is entirely unique. Rather than prioritizing growing and selling marijuana, Sundial is positioning itself to be a kingmaker and principal investor for smaller cannabis companies in Canada. Let's dig a bit deeper and examine three elements of its business that skilled investors appreciate but which most investors probably don't. 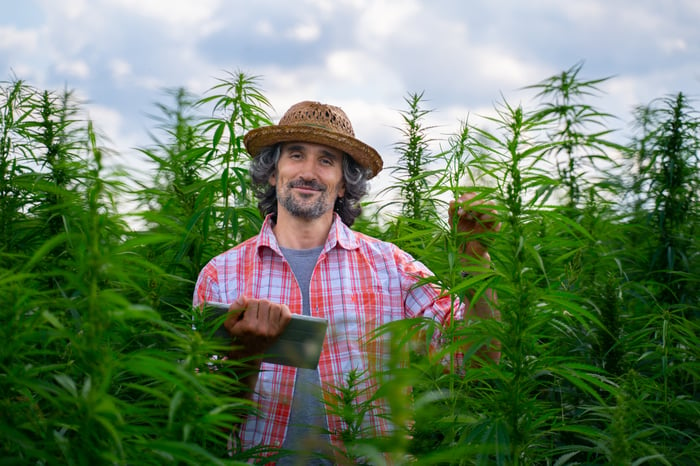 1. Cultivation costs are falling, and yields are rising

Smart investors know that a cannabis company's unit economics are make or break, and also that the consistency of unit economics over time is more important than single-quarter performance.

Per Sundial's latest earnings report, the company's cannabis farming operations yielded its most product ever in the third quarter, with 50 grams of marijuana flower harvested per square foot. That's key, as higher yields equate to less money spent to produce each gram of cannabis, which makes for a fatter margin. And it's exactly what Sundial has been working on over the last year.

And all the above is a big part of the story about how Sundial was able to report positive quarterly net earnings of CA$11.3 million for the first time. If yields and selling prices continue to rise while cultivation costs stabilize or fall, the company will be in good shape to start growing its earnings more vigorously as it scales.

2. The Alcanna acquisition has a precedent in the industry

While it might have seemed odd for Sundial to announce its intent to purchase the Canadian liquor chain Alcanna (OTC:LQSIF) for CA$346 million in stock in early October, veteran investors know that it isn't the first time that a cannabis business has acquired an alcohol company. That river might have been crossed for the first time by Tilray, which owns SweetWater Brewing Company.

Still, Sundial's motivations for buying Alcanna are a bit different. Whereas Tilray's alcohol brand helps to position its operations to prepare for entry into the U.S. market whenever cannabis legalization happens, Sundial is after Nova Cannabis, which Alcanna owns 63% of. Nova Cannabis in turn operates 62 retail stores throughout Canada, meaning that it'd become a distributor of Sundial's products.

So, the purchase will deliver revenue growth both via Alcanna's liquor stores and Nova Cannabis locations, which could be exactly what Sundial needs to pull through for shareholders. If everything goes well, the deal should close in the fourth quarter of this year.

Sundial still has CA$571 million in unrestricted cash that it can use for bolt-on acquisitions or other strategic investments. Because it's buying Alcanna with stock rather than cash, that sum won't be dropping even after the deal is concluded. In other words, Sundial's growth spree can continue for quite some time.

In the third quarter, Sundial's investment operations via its SunStream Bancorp subsidiary earned it CA$19.2 million in income using its CA$489 million in deployed capital, CA$181 million of which was freshly deployed in Q3. With a 13% annualized rate of return on its credit investments and money still being poured in each quarter, Sundial can easily stack up even more income next year.

Of course, money funneled into outside investments doesn't establish the company's brands or market share in the way that funding its cannabis cultivation operations does, but it'll still be a source of returns for shareholders moving forward.