HP (NYSE:HPQ) and Cisco Systems (NASDAQ:CSCO) are both mature tech companies that trade at low valuations and pay high dividends. 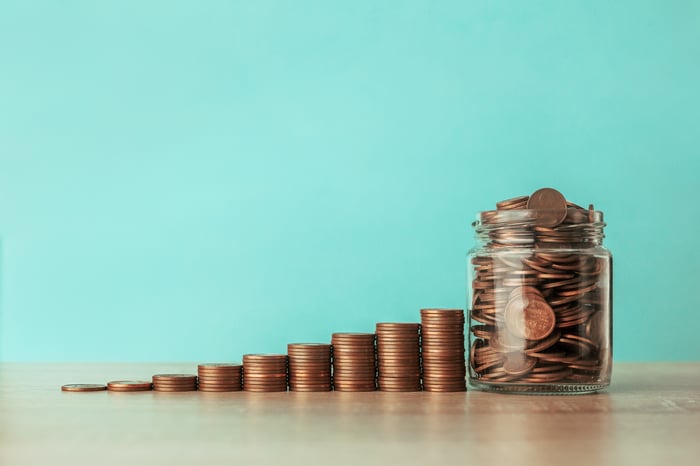 How does HP make money?

HP generated 68% of its revenue from its personal systems business, which sells notebooks, desktops, and workstations, in its latest fiscal year. The remaining 32% came from its printing business.

HP is the second-largest maker of PCs after Lenovo (OTC:LNVGY), and the largest supplier of printers in the world.

That balance stabilized last quarter, as the recovery of its commercial segment offset the consumer segment's post-pandemic slowdown. Its backlog also remains elevated as it deals with the supply chain challenges.

How does Cisco make money?

Cisco is the world's largest maker of switches and routers. Its closest rival in both markets is the Chinese tech giant Huawei.

Cisco generated 54% of its revenue from its infrastructure platforms business, which mainly sells its switches, routers, and wireless hardware, in its latest fiscal year. The rest of its revenue came from its applications, security, and services businesses.

Cisco changed its reporting segments this year, but its underlying strengths and weaknesses remain the same. Its hardware sales, which were already sluggish prior to the pandemic, decelerated throughout the crisis as companies postponed their network upgrades.

However, its cybersecurity segment remained resilient, and partly offset those declines until the pandemic-related headwinds dissipated. Unfortunately, Cisco expects the ongoing component shortages to throttle its near-term growth.

But in fiscal 2021, its revenue rose 12% to $63.5 billion as its adjusted EPS jumped 66%. That growth was driven by the consumer segment in the first half of the year, and the commercial segment in the second half.

HP spent $6.2 billion on buybacks and $938 million on dividends in fiscal 2021. That accounted for 172% of its free cash flow (FCF) and supports HP's commitment to returning "at least" 100% of its FCF to its investors.

HP didn't provide any revenue guidance for fiscal 2022, but it expects its adjusted EPS to rise 7%-13%, even as it grapples with supply chain shortages.

Cisco's revenue fell 5% to $49.3 billion in fiscal 2020, which ended last July, but its adjusted earnings rose 4%. That slowdown was caused by a cyclical slowdown in enterprise campus and data center upgrades, the impact of the U.S.-China trade war on its shipments in China, and the pandemic.

In fiscal 2021, its revenue rose 1% as its adjusted EPS stayed flat. Those growth rates were still tepid, but it spent $9.1 billion -- or 61% of its FCF -- on $6.2 billion in dividends and $2.9 billion in buybacks during the year. Analysts expect its revenue and earnings to both grow about 6% this year.

Cisco's near-term growth will be throttled by its supply chain challenges, but it still expects both its revenue and adjusted earnings to increase at a compound annual growth rate of 5% to 7% between fiscal 2021 and 2025. It expects that long-term growth to be primarily driven by the expansion of its software and subscription services.

HP and Cisco are both fairly safe tech investments for a volatile market. But if I had to choose one over the other, I'd pick HP as an income play for four simple reasons: Its multiple is lower, its yield is higher, its business is simpler, and it faces fewer supply chain headwinds.