Jushi Holdings (OTC:JUSHF) is a multistate operator (MSO) that has been making a name for itself in the cannabis industry, growing its presence across the country. Its largest footprint is in Pennsylvania, a market that hasn't yet legalized marijuana for recreational use. And it's nowhere near the industry leaders in terms of revenue, but there's significant potential for the business to get a whole lot bigger.

With the the pot stock falling heavily this year, is now an optimal time to add it to your portfolio? 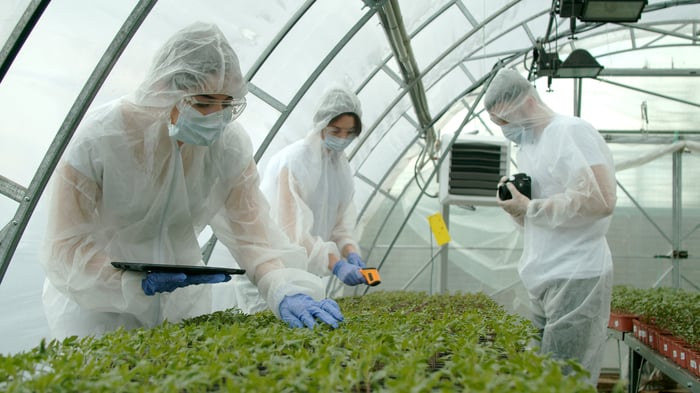 Jushi's sales and profits have been soaring

On Nov. 17, Jushi reported its third-quarter numbers, which showed sales of $54 million for the period ending Sept. 30 rising 117% year over year. Even on a sequential basis (i.e. comparing to the previous period), revenue rose by 13%. That's impressive given that MSO Curaleaf Holdings generated just 2% sequential growth in its most recent results (although at $317 million in sales, it is much larger in size).

Jushi also reported adjusted earnings before interest, taxes, depreciation, and amortization (EBITDA) profit of $6.4 million, which increased 125% from the prior-year period. That puts its adjusted EBITDA margin at just under 12% of revenue. For comparison's sake, Curaleaf's margin is more than 22% of its top line.

Nonetheless, it's still a solid performance for Jushi as the business looks to be on a strong trajectory, growing both sales and profits at impressive rates.

Why its financials could get even better

One of the more underwhelming aspects of Jushi is that it has been focused on a Pennsylvania market where only medical sales are permissible; the company recently opened its 16th retail location in that market (it has 26 nationwide). While Pennsylvania is no small market -- MJBizDaily projects the state's pot sales this year could come in at more than $900 million -- it certainly isn't the biggest.

But that makes its numbers all the more impressive because they are already looking strong. As Jushi expands its presence into other states, the potential is there for its sales to climb even higher. The company recently entered the Massachusetts market (which has legalized recreational use) through the acquisition of Nature's Remedy, which runs multiple dispensaries in the state. And through multiple purchases, Jushi has grown its presence in the Nevada market (it also allows adult-use pot) where it now has four dispensaries.

This year, the company is on track to generate $205 million to $215 million in sales. And next year, it projects that number could rise to as high as $425 million -- while generating up to $130 million in adjusted EBITDA (that would put its margin at over 30%).

Is Jushi a steal of a deal?

This year, Jushi's stock has fallen more than 29%, which is worse than Curaleaf's 16% drop and Horizon Marijuana Life Sciences ETF's 4% decline over the same time frame. When compared to other MSOs, Jushi looks to be fairly priced when looking at its price-to-sales multiple: 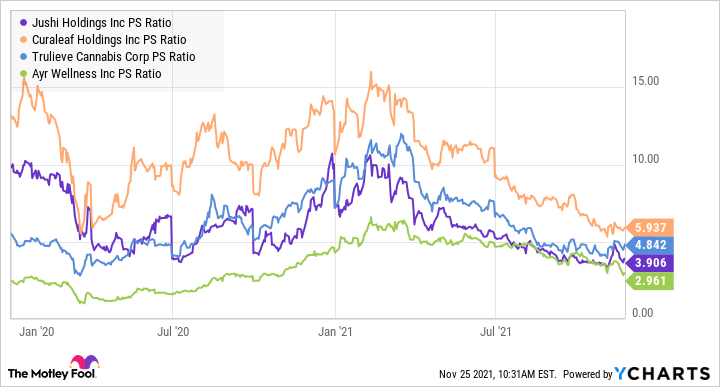 Although I wouldn't call the stock a dirt-cheap buy or significantly undervalued, there's definitely an opportunity here for investors to earn a good return. Sentiment is down on the cannabis industry of late due to a lack of progress on legalization, but that's not something I expect will last over the long term. With some positive movement on that front, and if Jushi hits its targets for 2022, the stock could quickly become a hot buy in the sector. Over the long haul, it definitely looks like a solid investment.