Since the Great Recession officially came to an end in 2009, growth stocks have been the driving force on Wall Street. Historically low lending rates, massive government spending programs, and a compliant Federal Reserve providing an abundant pool of cheap capital have incentivized fast-paced businesses to hire, innovate, and acquire other companies.

These dynamics are unlikely to change anytime soon, and the chickens are coming home to roost in terms of runaway inflation. It's also made it difficult to find stocks that are cheap in the current environment, with the S&P 500's price-to-earnings ratio of 28.9 at historically elevated levels. 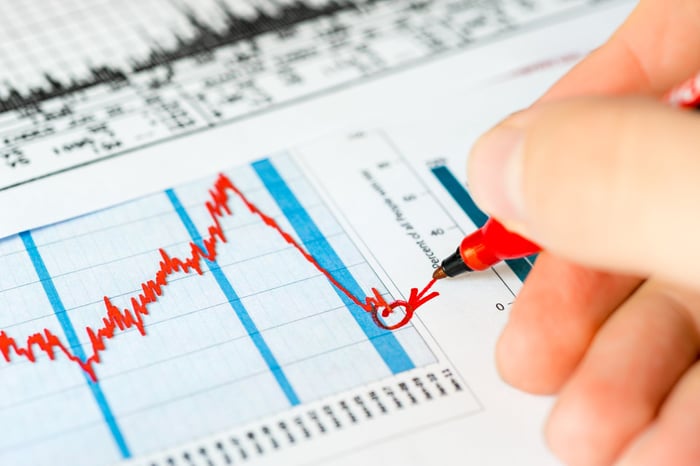 Although the benchmark index has pulled back from its all-time high in recent days, many stocks remain at lofty valuations. But while it may be difficult to find good values today, it's not impossible.

History suggests a market correction is coming, though no one can know for certain when it will occur. It could be that the pullback in the broad market index is a sign it is coming now, or it could be just a pause before the market races higher once more.

Yet there are stocks that are cheap to buy right now, and the following three stocks are already priced at a discount. Even better, should a correction happen they will hold up well for investors. 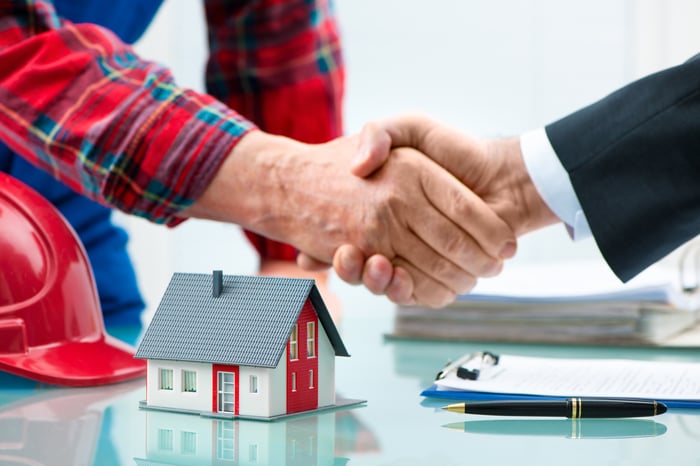 AGNC Investment (NASDAQ:AGNC) and Annaly Capital Management (NYSE:NLY) are two stocks that can whip inflation now, survive a downturn, and reward shareholders along the way.

Both of these mREITs keep close tabs on interest rate fluctuations, because they use low current interest rates to borrow money to buy assets (primarily MBS) that will produce high-margin returns in the future. Net interest spread and net spreads are the difference between the interest rate they earn on their assets and the rate the pay on borrowings.

Another important metric to watch is their CPR, or the constant prepayment rate, which shows the percentage of the portfolio that the company expects to be paid off within a year. Lower is better, because a loan that's paid off doesn't produce interest for its holder, which can lead to lower rates of return. Both AGNC and Annaly are doing well there as well: The former's long-term CPR for the projected life of its portfolio was down to 10.7% from 11.6% in the second quarter, while the latter's was 12.7%, down from 12.9%.

The real benefit of an investment in these stocks is they really don't have credit risk, because the vast majority of their portfolios are backed by the full faith and credit of the government. Some 70% of AGNC's portfolio is in agency mortgages, while Annaly has 99% of its portfolio in securities from the alphabet soup of government lenders.

Both stocks are also cheap. AGNC goes for 6 times trailing and estimated earnings and less than its book value, as its stock has fallen 15% from its 52-week high. Annaly goes for just four times trailing earnings, eight times next year's estimates, and is also at a discount to book value.

Each pays a dividend that's currently yielding around 10% annually, and both have long histories of shareholder payments that sported double-digit yields on average. 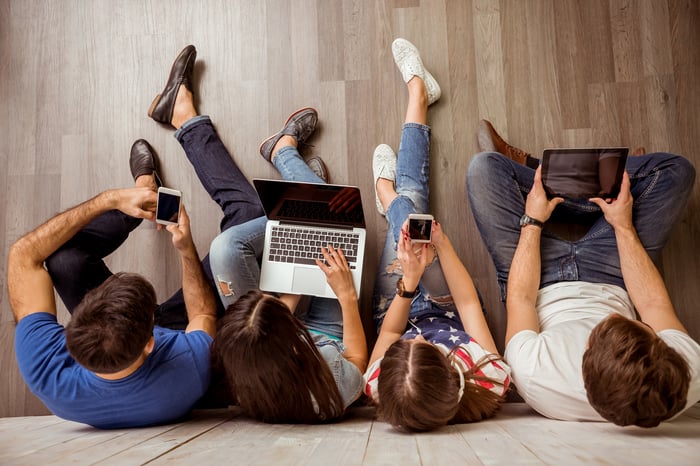 Telecom giant AT&T (NYSE:T) is another high-yielding dividend payer (its current yield is almost 9% annually) that has seen shares beaten down 28% despite the long-term potential of its business.

The reason for the discounted valuation is AT&T's decision to spin off its WarnerMedia properties before merging them with Discovery (NASDAQ:DISCA)(NASDAQ:DISCK) to create a new publicly traded media company. It will then slash the amount of free cash flow it dedicates to its dividend in half.

Because investors will own the lion's share of the new company, some 71% of the total shares, they will profit from its streaming services HBOMax and Discovery+ competing against Disney (NYSE:DIS) and Netflix (NASDAQ:NFLX).

Moreover, AT&T will be able to pay down some of the substantial debt load that it acquired over the years through a number of ill-advised acquisitions, as the spinoff will net the telecom some $43 billion in cash.

AT&T will then be able to focus on its wireless and broadband businesses. It's already begun preparing for the separation by acquiring significant 5G midband spectrum assets earlier this year. The telecom also continues to roll out its 5G-C and fiber network access to ever-larger portions of the country.

After the spinoff, Wall Street is looking for revenue to steadily rise, eventually reaching current levels by the middle of the decade, when its dividend is also forecast to exceed its current payout.

Although the immediate effect of the dividend cut is disheartening to some income investors who bought it because of its status as a Dividend Aristocrat, they'll still own some premiere entertainment assets (which may eventually pay dividends in their own right).

Many blame AT&T's acquisition of TimeWarner for the telecom's predicament, which led to it deciding on the spinoff, so that alone could allow its valuation to recover. Along with a more focused approach to the future, AT&T is a cheap stock now that should continue to do well for investors in the future.