For many Americans, December is a month where a lot more money flows out than usual. The holidays can be expensive.

However, investors have opportunities to rake in money even when their spending increases. Here are three dividend stocks that could make you richer in December (and beyond). 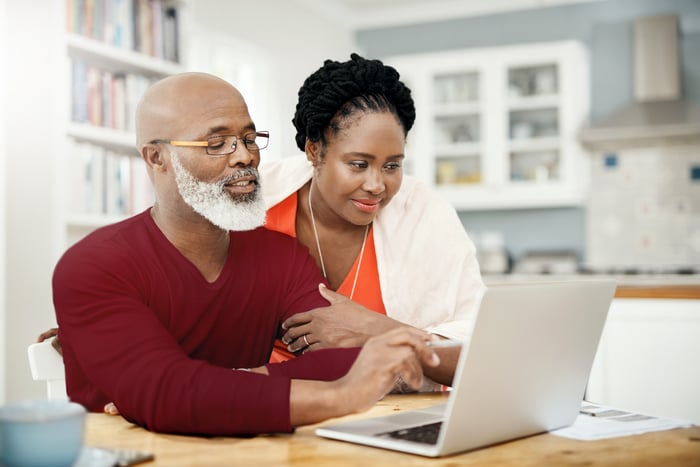 Renewable energy leader Brookfield Renewable (NYSE:BEP) (NYSE:BEPC) offers a dividend yield of close to 3.3%. The company has increased its dividend distribution by a compound annual growth rate of more than 6% since 2010. It expects to grow the distribution between 5% and 9% annually over the long term.

Many dividend stocks don't have strong growth prospects. Brookfield Renewable is an exception. The company thinks that it will provide average annual returns in the ballpark of 15% (including distributions).

There's a good reason for Brookfield Renewable's optimism. The tailwinds for renewable energy are exceptionally strong. Countries and large corporations around the world have established carbon reduction goals that can only be met with an increased supply of renewable power.

The dynamics of the renewable energy market alone make Brookfield Renewable a relatively safe pick for long-term investors. In addition, the company's cash flows are highly diversified -- no single market accounts for more than 10% of total cash flow. And its power purchase agreements are contracted with an average term of 14 years. I think that Brookfield Renewable is the strongest renewable energy stock you can own.

Devon Energy (NYSE:DVN) pays out its quarterly dividend on Dec. 30, 2021, to shareholders of record as of Dec. 10. I point that out mainly because the oil and gas producer has the highest dividend yield of any member of the S&P 500.

Technically, Devon has two dividends. Its fixed dividend yields a modest 1% or so. But Devon's variable dividend boosts the total yield to over 9%. The company uses up to 50% of its excess free cash flow to fund this variable dividend.

Devon ranks the dividend program as its top funding priority. The company has paid a dividend for 29 consecutive years. It expects that its total dividend will nearly double year over year in 2022.

Sure, growth in the oil and gas sector is moderating. However, Devon should still be able to deliver solid total returns for years to come as it returns cash to shareholders.

Don't let Innovative Industrial Properties' (NYSE:IIPR) dividend yield of 2.2% fool you. It might seem relatively low, but it's important to keep in mind that the company has increased its dividend by 328% over the last three years. So why isn't the dividend yield much higher? IIP's share price has delivered a return of more than 5X during the same period.

IIP ranks as the leading real estate investment trust (REIT) focused exclusively on the regulated U.S. cannabis market. It currently owns 76 cannabis properties in 19 states. All of them are leased out with a weighted-average remaining lease term of around 16.7 years.

The company continues to grow rapidly. In the third quarter, IIP's revenue soared 57% year over year while its profits jumped nearly 58%. Can the cannabis REIT keep the momentum going? I think so.

IIP still has plenty of opportunities to expand in the states where it already operates. There are also another 17 states where medical cannabis is legal that are potential markets for the company. IIP should have a clear path to make investors more money over the long term.