The cryptocurrency Ethereum (CRYPTO:ETH) has one big problem: transaction speed. The blockchain network processes fewer transactions per second than smaller, newer rival Cardano (CRYPTO:ADA). This is just one of the reasons Cardano has been able to gain ground. Cardano is now the sixth-largest crypto by market cap. (Ethereum holds the second spot, after crypto leader Bitcoin.)

But Ethereum won't be a laggard forever when it comes to speed. An upgrade is in progress, with the rollout expected next year. Transaction speed will soar. Energy use will drop. And Ethereum will become more efficient overall. Now the question is: Does this upgrade mean bad news for Cardano? Let's find out. 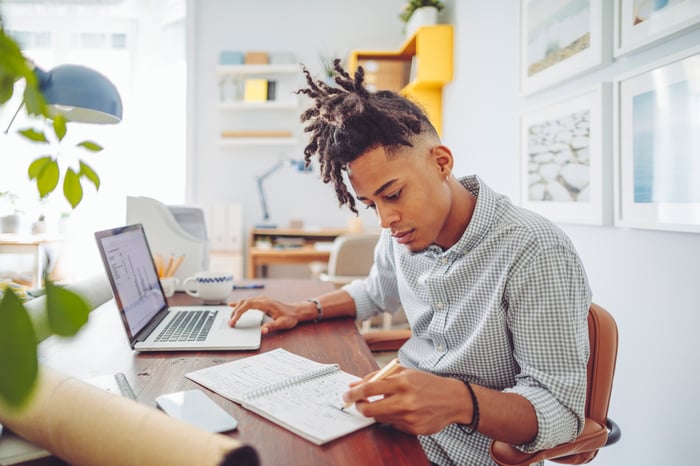 First, why should we compare these two blockchains? Well, they do have a common history. The co-founder of Ethereum, Charles Hoskinson, went on to create Cardano. And he sees Cardano as an improvement on earlier cryptos. Hoskinson brought his experience from Ethereum to Cardano, and aimed to make this new project even better.

So now let's take a look at the Ethereum upgrade. Essentially, it will move the validation process from the proof-of-work (PoW) method to the proof-of-stake (PoS) method. PoW involves complex computations to validate transactions, which takes time and uses a lot of energy. PoS cuts down on both. It doesn't rely on computations. Instead, an algorithm chooses validators primarily based on the number of coins they hold. Cardano already uses PoS.

By making the switch, Ethereum plans to move from 30 transactions per second (TPS) today to about 100,000. Initially, that may surpass Cardano's speed. Cardano now processes about 250 TPS, but it won't be left behind. The blockchain is working on a layer-two scaling project, Hydra, that will eventually allow it to reach 1 million TPS.

Here's why. Each of these platforms is a work in progress. That means one may temporarily beat another by one particular measure. For example, Cardano is faster than Ethereum now. Ethereum may become faster than Cardano until Cardano's Hydra launch. Users and investors may switch in and out of cryptos daily if they base their decisions on those elements.

Instead, it's best to look at each crypto's ultimate goal and plan to get there. In the case of Cardano, the future looks bright. The platform's Hydra will push it to the forefront when it comes to speed and efficiency. Cardano's reliance on peer review before launching updates means fewer technical glitches down the road. And its five-stage development program also means we can expect quality.

Of course, when Ethereum rolls out its upgrade, we may see a decline in Cardano. But I expect any such move to be short-lived. The Cardano story is only beginning -- and users and investors will want to stick around for the next chapters.