Shares of Matterport (NASDAQ:MTTR) jumped 44.2% in November, according to data from S&P Global Market Intelligence. This compares with the S&P 500 index's 0.8% decline last month. The primary catalyst for the spacial data company stock's rise was likely investor enthusiasm about its potential to be a major player in the metaverse.

Since going public in July via a special purpose acquisition company, Matterport stock has gained 97% through Dec. 2. The S&P 500 returned 5.2% over this period. 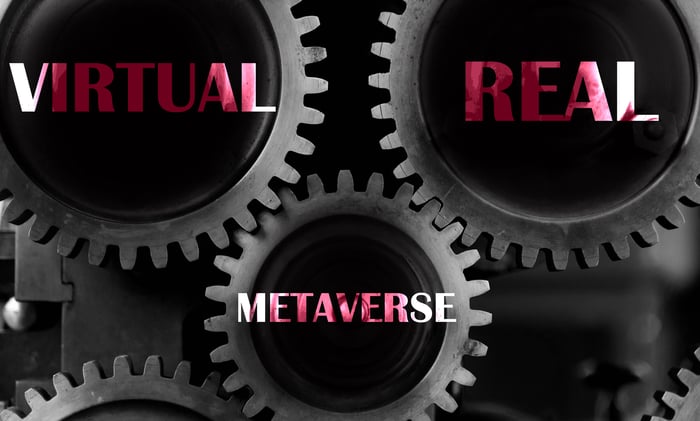 Matterport stock's November big gain stems largely from an event that occurred on the last trading day of the prior month. On Oct. 29, the company formerly known as Facebook announced that it was changing its name to "Meta," which soon after morphed into Meta Platforms (NASDAQ:FB), to reflect its focus on the metaverse. The social media giant's top execs (and many other tech experts) believe the metaverse will be the next evolution of the internet, and hence, also of social media.

In simple terms, the metaverse is a "highly immersive virtual world where people gather to socialize, play, and work," in the words of Merriam-Webster.

Meta Platforms' announcement ignited investor interest in this newly emerging space, with Matterport stock being one of the beneficiaries. There are good reasons to believe that Matterport has the potential to be a significant player in the metaverse. The company's platform enables users to turn a physical space into an immersive 3D replica, or "digital twin." This capability is needed for at least some use cases of the metaverse.

Moreover, Matterport could already have its foot in the metaverse door, at least where Meta Platforms is concerned. As I wrote last month, the two companies are already partners. In June, they announced their teaming to "make the largest-ever dataset of 3D indoor spaces available exclusively for academic, non-commercial uses."

Of course, just because Matterport has the potential to be a notable player in the metaverse doesn't necessarily mean it will realize that potential.

In November, Matterport released its third-quarter results, but shares dropped the next day. So, this event doesn't appear to be a catalyst, at least not the main one, behind the stock's surge last month. In the third quarter, total revenue grew just 10% year over year to $27.7 million, but subscription revenue -- arguably the more important of these two metrics -- jumped 36% year over year to $15.7 million. Revenue fell short of Wall Street's consensus estimate of $29.1 million, but that was only because of supply constraints.

With its potential to be a player in the metaverse, Matterport deserves a spot on the watch lists of growth-oriented investors.