Shares of Walt Disney (NYSE:DIS) fell 14.3% last month, according to data provided by S&P Global Market Intelligence, following its fiscal fourth-quarter earnings report. While Disney+ subscriber growth slowed during the quarter, the real culprit for the stock's performance is the lower-than-expected results at the theme parks.

Overall, Disney's parks are in much better shape than a year ago, but last quarter's operating profit of $640 million from the parks, experiences, and products segment was shy of analysts' expectations of $890 million. The performance of the parks contributed nearly half of Disney's operating profit during the quarter, so it's an important component to the Disney empire. 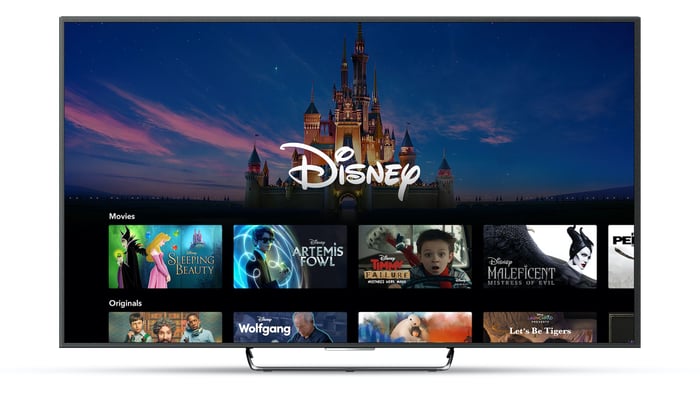 It was the first full quarter since the pandemic began that all parks were open to guests, which is why investors were hoping for better results from the parks segment. But there are long-term initiatives underway to grow the theme parks' profit margin, such as the new Genie service built into the Disney Experience app that helps guests save time waiting for rides and even order food.

As for streaming, management had previously warned analysts that Disney+ subscribers would come in low for the quarter, and that's how it played out. Disney+ added 2.1 million paid subscribers during the quarter, bringing the total to 118.1 million. This is a slower rate of increase compared to the previous quarter when Disney saw subscribers more than double year over year. Management attributed the shortfall to production delays due to the pandemic, but this is a short-term problem.

This top entertainment stock is a more attractive buy after the post-earnings drop since investors can now buy a share of the Magic Kingdom at a lower valuation. The share price is down about 20% year to date and trading at 21 times Disney's peak earnings power of $7.08 on an adjusted basis in fiscal 2018, which was before the heavy investments in calendar 2019 to prepare for the launch of Disney+.

Despite the lumpiness of quarter-to-quarter results, Disney is still in position to see lots of growth in streaming over the next several years. It's got 61 new movies and 17 episodic programs currently in production. As we've seen from Netflix over the last decade, if you build the content, subscribers will come...in droves.