Upstart Holdings (NASDAQ:UPST) came back to earth a bit in November as the stock price plummeted 36.4% in the month, according to S&P Global Market Intelligence. 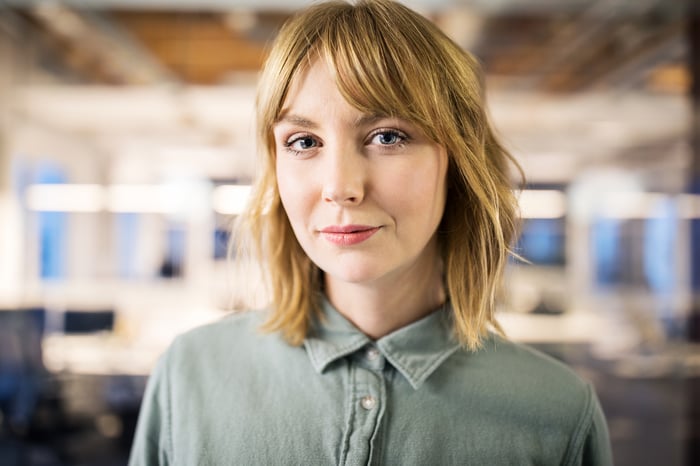 Upstart is an online lending platform that uses artificial intelligence (AI) to handle loan requests from customers. It makes most of its revenue by allowing banks and credit unions to embed its technology into their systems, collecting fees for every loan that's originated. Upstart also offer loans through its website, which it then sends out to its bank partners to secure.

So it doesn't have the credit risk, nor does it have to spend as much to acquire its own customers. In addition, Upstart has low overhead, and its income is mostly fee-generated.

Most of that November decline came on Nov. 10 when it plunged 18% the day after the company reported third-quarter earnings. Should investors be concerned?

So, why the drop? It was likely related to projections for a fourth quarter that could be slightly less robust than the market expected, as Upstart projected revenue would be flat and earnings would be down -- sequentially, not YoY.

But given the rapid growth the company has had, the drop in valuation is not too concerning for a company with great long-range potential -- like Curry, a highly regarded basketball player.