It's been a wild year for investors. Markets have been volatile, cryptocurrencies and meme stocks have posted explosive gains, and winning high-risk plays will probably take center stage when analysts serve up their 2021 retrospectives. In this environment, there's plenty of excitement around growth stocks, but smart investors could do themselves a favor by giving some attention to top value names, especially those that are trading at discounted levels.

With that in mind, we asked a panel of Motley Fool contributors to identify three stocks that are currently bargain-priced and positioned to deliver big gains. Here's why they think that Zynga (NASDAQ:ZNGA), The Walt Disney Company (NYSE:DIS), and Cardinal Health (NYSE:CAH) offer incredible value and should be snatched up before the year is over. 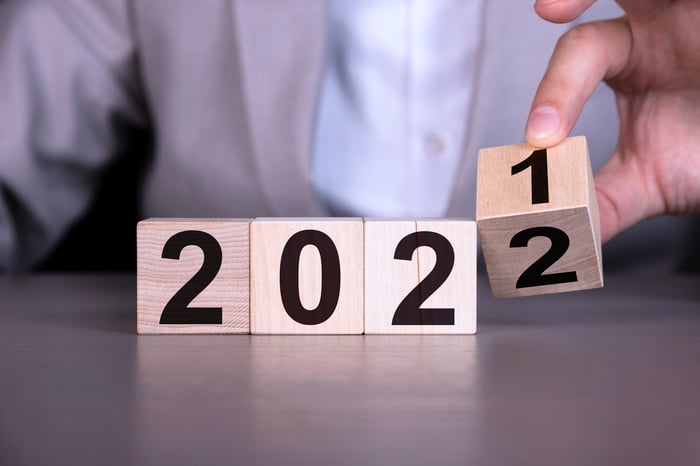 This interactive-content leader is too cheap to ignore

Keith Noonan (Zynga): Interactive entertainment has never been bigger, but Zynga is trading at multiyear lows. The video game publisher's stock has shed roughly 31% of its value in 2021 to date, and shares are down by 53% from their 52-week high.

Zynga is now valued at just $6.4 billion, roughly 17 times this year's expected earnings and 2.3 times expected revenues. That looks like a very attractive valuation for a company that has some great resources to work with and long-term industry tailwinds at its back. The market is more focused on the challenges Zynga faces, but forward-looking investors should take advantage of the buying opportunity.

Video game stocks have generally fallen out of favor this year, and most major publishers have seen their valuations slip. With people getting back out into the world after pandemic-driven shelter-in-place and social-distancing conditions, gaming companies now face some engagement headwinds. Changes that Apple and Alphabet have made to data tracking and digital advertising systems on their mobile operating systems are also limiting the growth opportunities for in-game advertising.

More than most publishers, Zynga had been betting big on gaining major revenue from in-game ads. Now that the long-term outlook on that front appears more fraught, investors have become more pessimistic about the stock. Better-than-expected third-quarter results, ad sales, and improved forward guidance didn't stop the stock's slide. It's time to pounce on this one.

As a top player in the mobile gaming space, Zynga looks well-positioned to capitalize on long-term industry growth -- as well as potentially revolutionary trends including augmented reality and the metaverse. The stock's recent declines reflect some real challenges facing the business, but the shares offer great value at current prices, and I think the video game publisher will deliver multibagger returns for patient investors.

Daniel Foelber (Disney): What do companies like Apple, Coca-Cola, Nike, and Disney all have in common? Incredibly strong and recognizable brands. Having solid brand equity makes it easier for businesses to ride out hard times, attract great talent, and grow over the long term.

The power and reputation of Disney's brand is a key reason why people watch its films, go to its theme parks, and subscribe to its streaming services. It also helps explain why rating agencies like Moody's (NYSE:MCO) are maintaining an A2 investment grade rating on the company even though its business is struggling. Between its heavy investment in the Disney+ streaming service and the slowdowns in studio entertainment and theme park sales, Disney's bottom line has been severely impacted. To quote a September review of Moody's rating on Disney:

[Disney's] A2 rating is supported by its diverse media and entertainment business segments, the strongest brands and franchises in the industry, and robust free cash flow generation under normal operating conditions. Its large portfolio of iconic brands and franchises and ability to exploit them through film, television, theme parks, consumer products, and video game licensing positions the company as the leader in global media and entertainment. Disney is well positioned for the industry transition from traditional linear television viewing to direct-to-consumer video on demand streaming. Disney's leverage remains temporarily higher than what Moody's considers acceptable for the company's A2 rating because of the debt it took on to complete the acquisition of Twenty-First Century Fox's (Fox) entertainment assets and the material earnings pressure from the significant temporary business disruptions due to the spread of COVID-19. However, Moody's believe[s] that management is very committed to restoring its historical credit metrics and we expect the company to reduce leverage back in line with its historical norm over the next couple of years.

In short, Moody's recognizes that Disney's predicament is temporary, and its brand isn't affected by short-term challenges. The lesson here is to remember that Disney the stock may whipsaw based on quarterly ebbs and flows. But Disney the company is on a long-term trajectory to grow its theme park revenues, release more blockbuster movies, and turn Disney+ into a steady cash cow. For investors who believe Disney will remain a juggernaut for decades to come, the stock's 35% decline from its all-time high provides an excellent opportunity to buy. 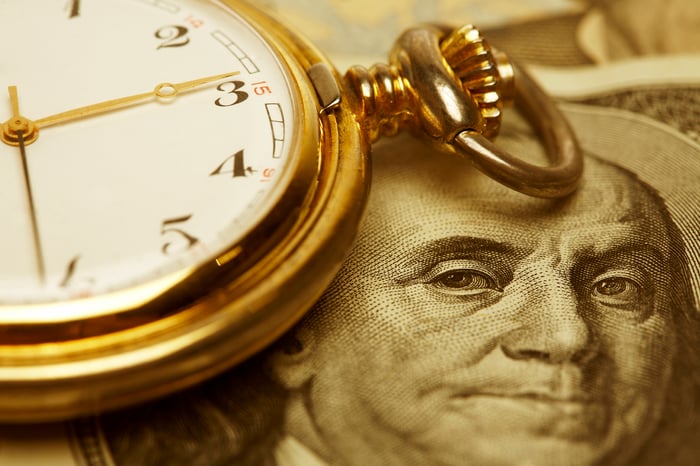 James Brumley (Cardinal Health): The market has bid up the stocks of healthcare companies that are notably connected to the fight against COVID-19, and understandably so. But, in some ways, they've done so at the expense of other healthcare stocks. Big mistake. Most players in the industry are neither benefiting from helping to combat the pandemic nor are they impacted by their lack of involvement. They're simply maintaining their steady growth.

Take Cardinal Health as an example. The stock has fallen almost all the way back to the low it hit in March 2020. Yet the company still managed to grow its top line by 16% in its fiscal 2021, which ended in June, and it's expected to grow by a little more than 9% in its current fiscal year. Earnings are growing similarly. Sales have improved every year since 2014, in fact.

It's a testament to the nature of the business. The company distributes goods used constantly by hospitals, like thermometers, bandages, gloves, as well as medications. Changes may come regarding who pays for medical care and how that care is delivered, but there will always be a need for medical supplies. By extension, there will always be a need for one-stop-shop suppliers that can cost-effectively meet that enormous (and enormously complex) need. I'm genuinely shocked you can still buy this stock at only 7.5 times this year's projected per-share earnings.