Stocks fell again last week thanks mainly to worries about the latest COVID-19 variant. Both the Dow Jones Industrial Average (DJINDICES:^DJI) and the S&P 500 (SNPINDEX:^GSPC) shed about 1% but remain in solidly positive territory so far in 2021.

Earnings season is winding down, but there are several big reports coming this week. Let's take a closer look at a few highly anticipated announcements from this list, from Costco (NASDAQ:COST), Stitch Fix (NASDAQ:SFIX), and Lululemon Athletica (NASDAQ:LULU). 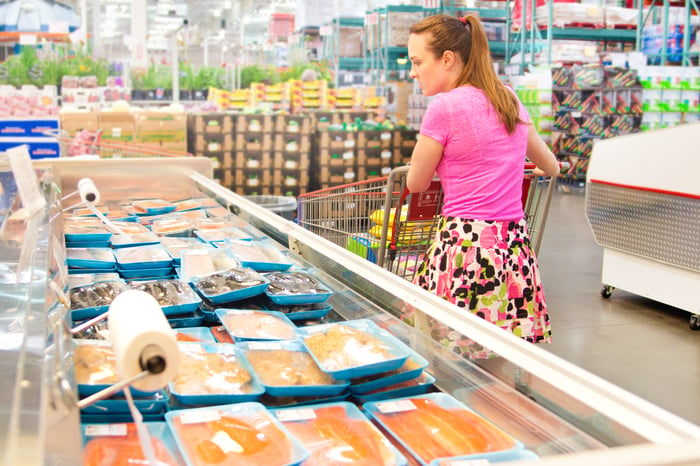 Costco will report its earnings results on Thursday afternoon, and expectations are high heading into that announcement. The warehouse retailer's biggest competitor, Walmart, recently revealed strong sales growth and few inventory challenges associated with the supply chain bottlenecks that have tripped up smaller peers.

Costco, the world's second-biggest retailer, likely handled the problems just as well, in part because the company licensed its own fleet of shipping vessels earlier in 2021. Investors are expecting reported sales of $49 billion, up 13% year over year.

Beyond that headline number, look for more strength in the chain's renewal rate and in customer traffic both in stores and online. Gains in these areas form the foundation for higher membership fees, which power most of Costco's annual earnings.

Lululemon has raised its 2021 outlook in each of its last two earnings reports, and shareholders are hoping for a third upgrade this Thursday. The chain is currently targeting annual sales as high as $6.3 billion -- up from $4.4 billion before the pandemic struck. Another period of strong demand for its athleisure products might convince CEO Calvin McDonald and his team to nudge that forecast slightly higher this week.

Watch for any signs that Lululemon is losing momentum on pricing after profitability soared to a new high in recent months. Gross profit margin landed at 58% of sales last quarter, up nearly 10 percentage points from 2017. Operating profit is over 20% of revenue, too. Part of the stock's rally in 2021 can be tied to that success, so shares might respond to even a modest step backwards due to rising costs.

Investors can comfortably look past a stumble like that, though, if Lululemon continues making inroads in new geographies and new demographics likes menswear and outerwear. Those growth avenues will become even more attractive as temporary cost spikes ease over the next few quarters.

Stitch Fix shares have been pummeled this year, which means the bar is set low for its Tuesday report. Sales growth is expected to slow to as low as 15% in the new fiscal year, management said back in September, compared to 23% last year. That slowdown might be temporary, but it still has Wall Street concerned.

Stitch Fix is hoping that its push into direct shopping will build on the core advantage it has built with its subscription-based apparel delivery service. On the bright side, the move might unlock a much bigger addressable market. The risk is that Stitch Fix has fewer competitive advantages as it goes up against far more entrenched rivals.

Engagement metrics such as average spending will help show whether Stitch Fix is making the pivot back toward 20% or higher annual sales growth. But heading into the report, most investors are feeling cautious about this business and its ability to recapture that momentum.