A fictional TV character is causing a real-world headache for the connected-fitness company.

How a company is portrayed in popular media can at times impact its stock price. That seemed to be the dynamic in play on Friday with Peloton Interactive (PTON 0.49%), as one of the exercise equipment maker's machines was a factor in the demise of a character on a TV show. The stock fell by more than 5% on the day.

On Thursday, HBO Max premiered And Just Like That, a 10-episode successor series to the iconic 1990s hit Sex And The City. And at the end of its first episode, a key secondary character dies of a heart attack just after a vigorous workout on a Peloton bike. (No, I won't spoil it any further.) 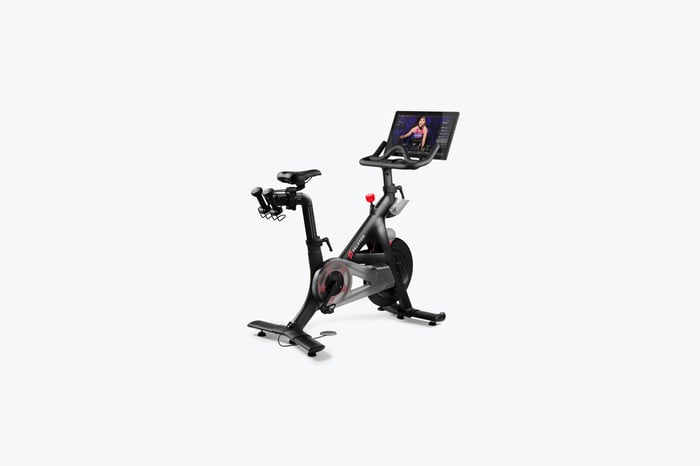 While few, if any, viewers of the show took this to suggest that Peloton workouts are inherently unsafe, it's not a great look for the company's products. Recognizing this, Peloton issued a media statement in which it quoted cardiologist Suzanne Steinbaum, a member of its health and wellness advisory council.

"[This character] lived what many would call an extravagant lifestyle -- including cocktails, cigars, and big steaks," she pointed out. "These lifestyle choices and perhaps even [the character's] family history, which often is a significant factor, were the likely cause of ... death."

Steinbaum added that the use of the Peloton might have even helped delay that heart attack.

Of course, Friday's downward move may also have been influenced by an analyst's downgrade. Credit Suisse's (CS 2.51%) Kaumil Gajrawala cut his rating on Peloton stock from outperform to neutral, based on his anticipation that the company will have a comparatively weaker fiscal 2022.

"We expect [2022] to be a reset year as net [subscriber additions] slow off last year's results," Gajrawala wrote in a research note.

He has lowered his sales and net subscriber addition forecasts to $3.7 billion and roughly 800,000, respectively. The latter figure is below the company's guidance range of 1 million to 1.1 million.