Tesla's (NASDAQ:TSLA) shareholders have endured some stomach-turning volatility in recent months. After surging to new all-time highs above $1,200 in early November, the electric vehicle (EV) company's stock price plunged below $900 by late December.

Tesla's shares have clawed back most of those losses in recent weeks. Yet after seeing its stock whipsaw, many investors are still struggling to find the answer to an important question: Is the stock a buy today?

Two analysts put forth that it is. Here's why. 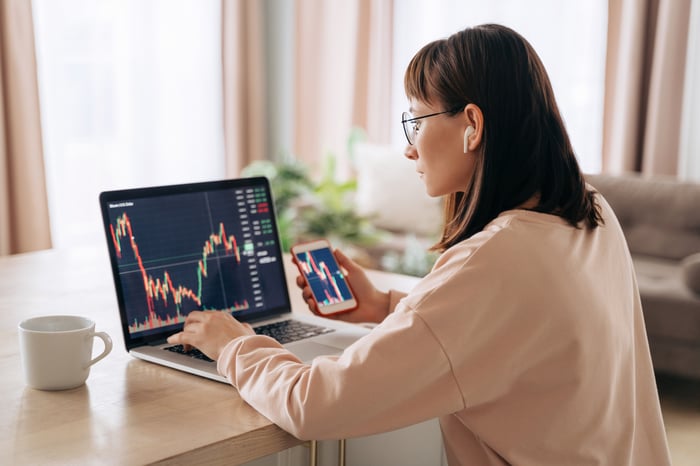 Goldman Sachs analyst Mark Delaney is bullish on Tesla's shares. On Monday, he reiterated his buy recommendation on the EV giant's stock and boosted his price forecast from $1,125 to $1,200, or roughly 8% above its current price near $1,106.

Delaney believes Tesla's stock represents the best way for investors to profit from the long-term growth of the electric vehicle market. He points to the EV titan's strong fourth-quarter deliveries of over 308,000 vehicles as a sign that Tesla will continue to enjoy strong demand for its cars in the coming years. He also expects the company's profit margins to improve as it scales its production.

Like Delaney, Jonas cautioned investors to not overlook Tesla's impressive fourth-quarter delivery figures. Instead, he believes two powerful takeaways can be gleaned from the report: Tesla is the undisputed EV leader, and it's widening its lead over its rivals.

If Delaney and Jonas are correct, Tesla stands to benefit from the global shift to electric vehicles more than any other company. That would make its stock an attractive buy, and one that could reward investors handsomely in the coming decade.