Shares of the medtech company ShockWave Medical (NASDAQ:SWAV) rose by as much as 11.2% during the first four days of trading this week, according to data provided by S&P Global Market Intelligence. Investors have been bidding this mid-cap medtech equity up this week following multiple reports that the company is considering a possible takeover bid.

Over the weekend, Bloomberg News reported that fellow mid-cap medical device company Penumbra (NYSE:PEN) was exploring a merger with ShockWave. In response, ShockWave was said to be working with an advisor to study the feasibility of a tie-up with another healthcare company. 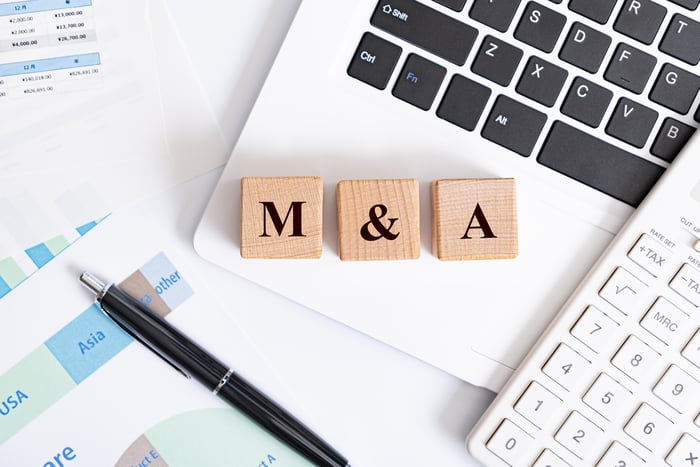 Since this initial report, however, Wells Fargo analyst Larry Biegelsen noted that the more likely scenario is a full-on buyout offer from one of the industry's larger entities such as Abbott Laboratories, Abiomed, Boston Scientific, or Medtronic. Penumbra, after all, may not have the financial firepower to entice an in-demand company into a friendly merger. Keeping with this theme, Penumbra's market cap is less than $3 billion greater than ShockWave's at the moment. Medtech giants such as Abbott, Boston Scientific, and Medtronic, on the other hand, would have no such problem. Each of these companies could easily offer top dollar for ShockWave in a buyout scenario.

Is ShockWave likely to get bought out? Medtech has historically been a hotbed of M&A activity. So it wouldn't be surprising if ShockWave is indeed the next takeover target in medtech. The company, after all, sports a high-value medical device system used to treat calcified cardiovascular disease -- a commercial opportunity of approximately $8.5 billion a year, according to ShockWave's own estimates.

The issue -- if there is one -- will likely be the price. ShockWave's shares are currently trading at over 13 times 2022 projected revenue. That's not an outrageous valuation for a medtech company, especially for one expected to experience a long period of revenue growth. But it isn't exactly cheap, either. A buyer would thus have to be willing to absorb this built-in premium, and then be willing to add another $2 billion to $3 billion to the pot to make a takeover worthwhile for ShockWave and its stakeholders.