Smart investors know that it takes time for companies to mature and establish their names in the market. But in the nascent space that is the legal marijuana industry, some domestic companies are slowly making that transition -- among them, Florida-based Trulieve Cannabis (OTC:TCNNF), New York-based Columbia Care (OTC:CCHWF), and Colorado-based GrowGeneration (NASDAQ:GRWG).

All three are remarkable growth stocks that have tremendous potential as the cannabis industry matures. 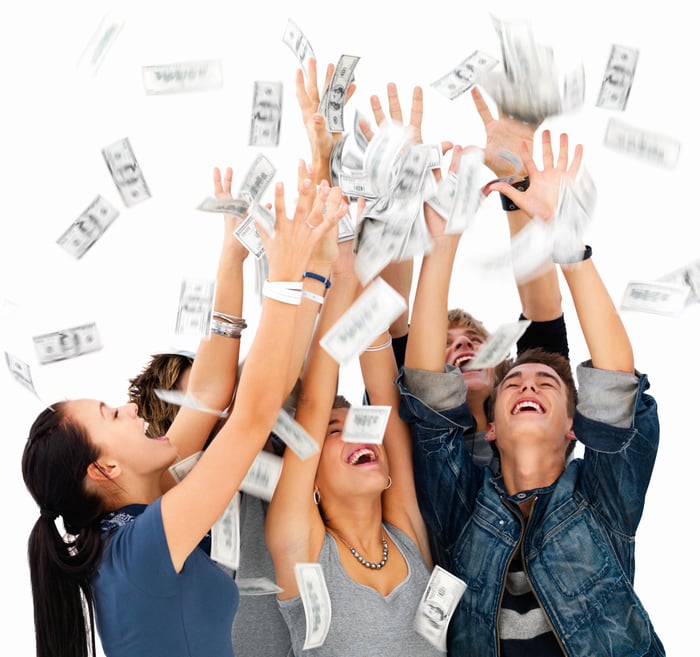 Trulieve's stock is up by 120% over the past two years, and I believe it can do even better in the years to come.

It started as a small medical cannabis company in Florida. Now, it's the dominant player in its home state, where it operates 112 dispensaries. Staying focused on its core market helped the company grow its revenue and profits without overburdening its balance sheet. This strategy will also give it a competitive moat once Florida legalizes adult-use recreational cannabis, which experts predict could happen this year.

Its exceptional performance in 2021 suggests further strength ahead. In the third quarter, it grew revenue 64% year over year to $224 million. That was also its 15th consecutive profitable quarter, with net profit surging 7% to $19 million.

Its acquisition of Arizona-based Harvest Health & Recreation (finalized in October) was another smart and timely move. It has given the company a strong position in the large markets of Arizona, Pennsylvania, and Maryland. Trulieve is also slowly strengthening its position in the recreational segment, with strategic brand collaboration efforts, which they see generating more revenue in the new year.

With a market cap of just $1 billion, Columbia Care is looking to give a tough fight to the bigger multi-state operators. It operates 131 facilities, 99 of which are retail stores.

The company's strategy of targeting limited-license markets such as Massachusetts, Ohio, Pennsylvania, Illinois, Maryland, and Virginia, where state regulators only allow a few cannabis companies to operate, has worked well. It has helped the company establish a loyal customer base for its brands as it grows. The company's top line rose by 144% year over year to $132 million in 2021's third quarter, while its adjusted earnings before interest, taxes, depreciation, and amortization (EBITDA) took an even more drastic 634% jump to $31 million.

Opening up stores in locations where cannabis has only recently been legalized and where regulated markets are still being established usually poses some challenges. As such, Columbia Care management expects some headwinds this year. But once its operations are established, the company can grow revenues in those new markets without any hindrance. For 2021, management now expects revenue to land in the range of $470 million to $485 million, adjusted EBITDA in the range of $85 million to $95 million, and an adjusted gross profit margin of around 46%.

Though the company expects to face short-term headwinds, the coming years are bound to see fruitful results as more states legalize marijuana. It shouldn't be long before Columbia Care is profitable.

With a market cap of $667 million, GrowGeneration sells hydroponics products and other equipment used by marijuana growers (though not solely by them). Most cannabis companies are aggressively expanding now, so their need for GrowGeneration's products is bound to rise, which is why analysts are forecasting that it will grow significantly over the next few years.

The company operates 62 stores nationally and is already profitable. For the first nine months of 2021, it booked $331 million in revenue  -- up from $131 million in the same period a year ago -- while net profits surged from $3.8 million to $16.8 million.

If the company hits the upper end of its top-line guidance, that will be a 128% year-over-year increase -- impressive growth for a relatively overlooked small-cap company that has already rewarded shareholders with a 218% return over the last two years.

Management believes the headwinds impacting it will sort themselves out by the second half of 2022, and plans to open 15 to 20 more stores this year. The company also expects its recent acquisition of Washington-based Hoagtech Hydroponics to add $15 million in revenue annually.

Wall Street analysts have huge expectations from these three stocks this year as they anticipate higher marijuana sales and more movement on legalization at the state level. This industry should not be underestimated, and any progress toward legalization at the federal level can be expected to further boost stock prices within it. And to add to investors' advantage, all three stocks are trading below their 52-week high, now making it the right time to invest in them.