The casino industry got a bit of good news on Friday as officials in Macao move closer to finalizing concession rules for 2022 and beyond. Current licenses to operate casinos run out in June of this year, so there's urgency to get licenses renewed and there were some indications that big changes may be coming, which didn't end up being the case. 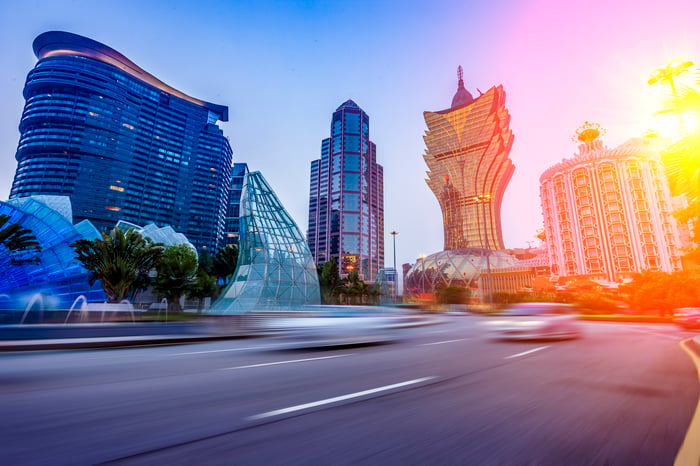 Given that current casino licenses run out in a few months, there's a lot of urgency in figuring out what new rules will look like. Macao's government has taken public comment and is now recommending rules to the legislature that look fairly similar to what we have today. Here are the highlights:

Even bringing a little bit of certainty to the market is welcome news and that's why stocks are up big today. This doesn't change the fundamental weakness in Macao's gambling market though, which continues to struggle from restrictions related to the pandemic.

The next unknown is what the cost of these licenses will be and it's expected that an auction will take place before June. But knowing that the number of concessions won't be cut down from six and tax rates aren't likely to change is seen as good news.

While the market likes this news today, let's not forget that Macao's gambling revenue is off sharply since the pandemic began and there's a long road to recovery. That will be just as important as keeping gambling licenses, so these companies aren't out of the woods yet.